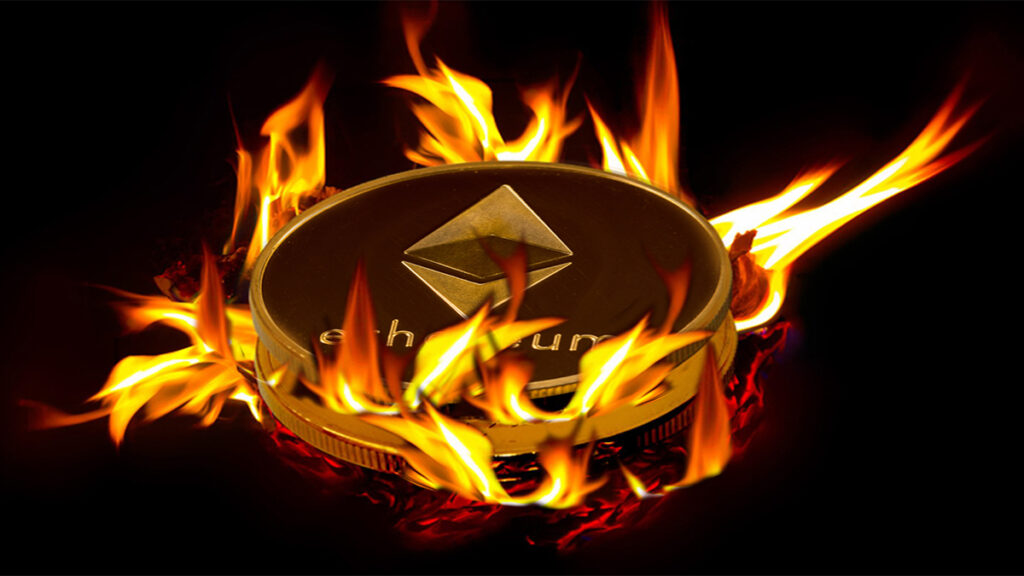 Another day of deflation for Ethereum.

With the constant burning of Ethereums (ETH) and fees, some Ethereum blocks become deflationary due to high network load, resulting in high fees. According to the burn tracker service, $12 million less in Ethereum was minted than was distributed today, making the entire day “deflationary.”

Sometimes due to high network load, fees for a transaction increase significantly, resulting in a large amount of cryptocurrency being burned instead of going into miners’ pockets. Today, 16,357 Ethereum worth $67 million was burned. Miners, on the other hand, received only 2433 ETH as a tip.

With high network congestion, the miners’ tip actually rises, while the base fee stays in the common range. The “transactional auction” is still something that leads to a significant fee increase on the network. Currently, Ethereum’s base fee is 154 Gwei. Total issuance since EIP-1559 activation hovers around $2 billion. The total number of coins burned is 656,266 ETH, which is currently worth $2.2 billion.

We previously reported that the total value of all Ether burned reached $2 billion. However, due to the rapid price increase in the spot market, almost the same number of coins burned are now 35% more valuable.