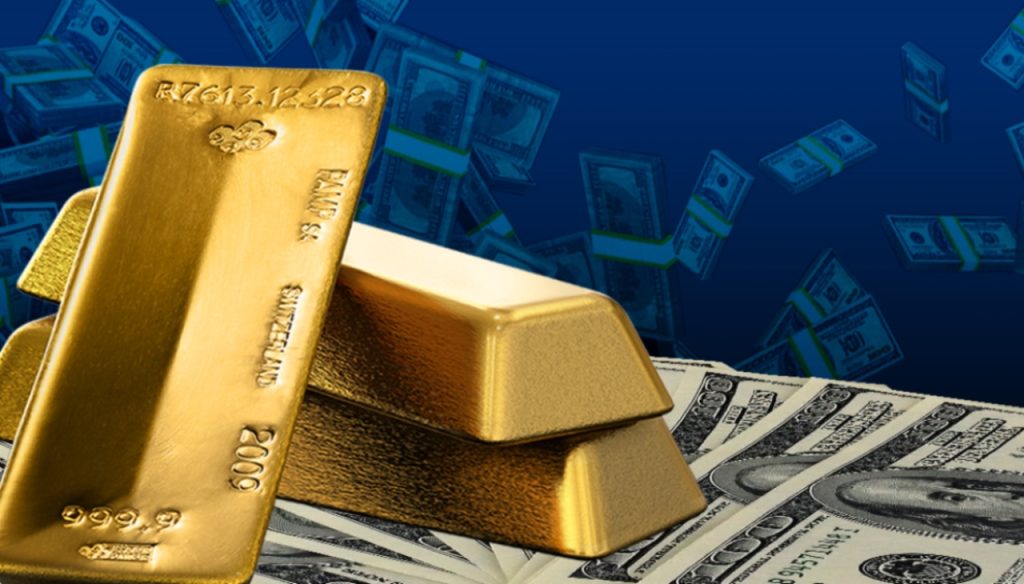 As the Federal Reserve prepares to meet rising inflation, billionaire ‘Bond King’ Jeffrey Gundlach says he’s currently on a ‘recession watch’. DoubleLine CEO Jeffrey Gundlach states that the big red flag to watch in 2022 is how the economy will respond to tighter monetary policy in 2022 and shares his gold forecasts. Shares of the Bond King Cryptocoin. com we have prepared for its readers.

Markets are sending a ‘start paying attention’ signal, according to Jeffrey Gundlach

Jeffrey Gundlach says, “Inflation pressure is increasing,” and says that it cannot be denied that the economy is supported by quantitative easing and the Fed’s balance sheet expansion. And since that’s gone, it’s unreasonable to think there won’t be any more headwinds for risk assets and ultimately the economy in 2022, according to the Bond King, and the signals from the bond market are somewhat similar to the pre-recession period.

Jeffrey Gundlach states that he does not forecast an imminent recession, but that the US consumer confidence and yield curve data point to a potential slowdown, and comments that “We will be in a recession fit like we have not been in the last two years.” Jeffrey Gundlach explains his analysis as follows:

It gets to the point where the yield curve begins to illuminate a weaker economy going forward. They are not in recession yet, but similar to consumer confidence, they no longer send a “don’t worry, relax” signal. They’re sending a ‘start paying attention’ signal. And we will certainly do so as the year progresses.

“US inflation will be higher than forecast through 2022”

Looking at the increased wage growth, the Fed looks ‘well behind the curve’, which explains the recent hawkish slide. Jeffrey Gundlach reminds us that every time Fed Chairman Jerome Powell speaks, he becomes more and more hawkish about the need to raise interest rates. How aggressive can the central bank be this year? Evaluating his question, Jeffrey Gundlach forecasts rates to rise to 1.5% before bear market and recession pressures begin to weigh on the economy, emphasizing:

When the next recession comes, the US, in particular, could very well be the case, the Fed will face a challenge as to what to do with the interest rate, especially if it has to reverse course at 1.5%.

“Economists think it will return to 2.5% by the first quarter of 2023. Starting at around 7%, that sounds like wishful thinking,” says DoubleLine CEO, adding that inflation will remain high throughout 2022 and will be above what most people are pricing in.

Jeffrey Gundlach, citing the Citi Inflation Surprise Index, said, “We now have an off-the-chart inflation surprise globally. This was one of the impetus for Jerome Powell to change his tone so radically. He said he would do almost whatever it took to get inflation under control.”

The Bond King’s view on gold and the US dollar

Jeffrey Gundlach’s outlook on gold and the US dollar remains unchanged: long-term bullish on the yellow metal and long-term bearish on the dollar. The Bond King says:

However, in the near term, Jeffrey Gundlach states that he will remain neutral until the gold market moves significantly. “In September 2018, we went up from $1,180 in gold. And gold has definitely had a moon boom from there. We turned neutral at $1,800,” said the CEO of DoubleLine, continuing his assessment as follows:

We didn’t get the upper right; It went over $2,000. But you had ample opportunity to re-enter gold at $1,800. Right now, it’s pretty neutral. It hugs, entering into a tighter and tighter streamer formation. So no need to guess. Let the market break out one way or another.

The DoubleLine CEO also points out that US stocks are getting too expensive compared to the rest of the world and says he’s been betting on European stocks for better performance this year, saying “So the message here for value buyers is pretty clear.”