Celebrity CEO Rises In These 5 Altcoins: I Have Many! 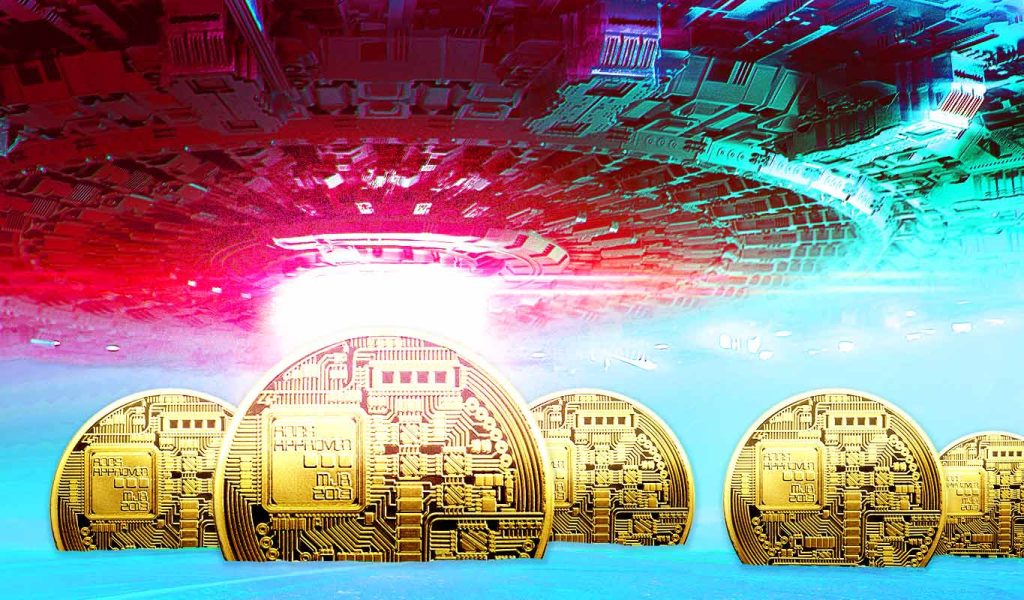 The 32-year-old CEO of a crypto holding company explained why he thinks Bitcoin could reach $120,000 in the first quarter of 2022 despite the recent downturn, and shared 5 altcoin projects that he is trending towards. Jordan Fried is CEO of Immutable Holdings, a blockchain holding company backed by Kevin O’Leary. Fried thinks Bitcoin and Ether could reach $120,000 and $10,000 at some point in the first quarter of 2022. 15% last year. It shares 5 altcoin projects that it is trending towards, including one that has earned over $1,000. Detail Cryptocoin. com

Jordan Fried didn’t build his crypto wealth by buying Bitcoin when the price was in the single digits. Instead of going to college, he became a techie and learned how to code. In 2013, Fried was running a software startup called Buffered VPN when he started asking customers to buy Bitcoin as a means of payment from the firm. At the time, Bitcoin was trading between $75 and $150, meaning that the firm would receive one to two Bitcoins for every annual plan they sold.

According to Fried, Bitcoin and Ethereum can reach $120,000 and $10,000 in the first quarter. After touching an all-time high of around $69,000, Bitcoin fell more than 15% to trade around $57,300 in New York on Wednesday afternoon. With only one month left of the year, it seems highly unlikely that the largest cryptocurrency will hit the $100,000 price target set by many crypto analysts and investors earlier in the year. However, Fried said the market tends to move away from situations where it is too focused on daily price movements. He remembers selling some of his Bitcoin holdings for around $8,000 to buy a house. According to Fried, while the value of his home has increased, as is often the case with real estate, it has not gained seven times the value of Bitcoin. “I always regretted selling Bitcoin or trading Bitcoin for real-world assets,” the investor said.

The investor took Fed Chairman Jerome Powell’s words on Tuesday to no longer use the word “temporary” to describe inflation as an indication that even the central bank has acknowledged that rising prices may not pull back any time soon. Despite the recent market downturn, institutional and individual investors continue to buy the dip. In the last two months, Michael Saylor’s MicroStrategy has added 7,002 Bitcoins worth $414.1 million to its treasury. More recently, El Salvador has said it will issue a $1 billion “bitcoin bond” next year and build the world’s first “Bitcoin city.”

According to Fried, Bitcoin, which is shown as an inflationary hedge due to its limited supply, could be between $100,000 and $120,000 in the first quarter of next year. Ethereum, which tends to follow Bitcoin, could rally anywhere between $6,000 and $10,000. “We still believe the next few weeks will be very exciting and I continue to hold these assets,” the analyst said.

5 altcoins on the rise

Fried believes in his investment advice on diversification. As part of the founding team of the decentralized network Hedera (HBAR), he is a major owner of HBAR tokens. The layer one protocol has recently partnered with software company ServiceNow and South Korea-based Shinhan Bank. The HBAR token, with a market cap of $6.4 billion, rose 926% over the past year but has fallen over the past few weeks. Fired: “I think the reason it hasn’t gotten a lot of attention is because we’re intentionally very corporate-focused with hedera, but I think it could still be in the top 10 before long. Of course, I’m biased and I have a lot of it,” he said.

Fried said that although he does not personally invest in the popular altcoin Terra (LUNA), he is impressed by the team led by Do Kwon and the projects being built by the stablecoin payments provider. The LUNA token, which has become a deflationary asset after a recent network upgrade, has gained 15,429% over the past year. Having great confidence in stablecoins, Fried is bullish on the USD currency (USDC), the second largest stablecoin pegged to the US dollar with a market cap of around $39 billion. Fried says:

You can keep a cash balance in USDC format just like you would keep the cash balance in a bank account, which is not only perfectly secured one-on-one, it is actually collateralized by US dollars held in a bank by Circle. I’ve seen returns as high as 8% to 10% APY on USDC.

Also on his radar are metaverse-linked tokens Axie Infinity (AXS) and Decentraland (MANA), which have skyrocketed behind Facebook’s “Meta” rebrand in recent weeks. Grayscale, the world’s largest digital asset manager, said in a recent research note that the metaverse is a $1 trillion annual revenue opportunity. AXS token is 29% last year. MANA token increased by 5,198% while it increased by 640.