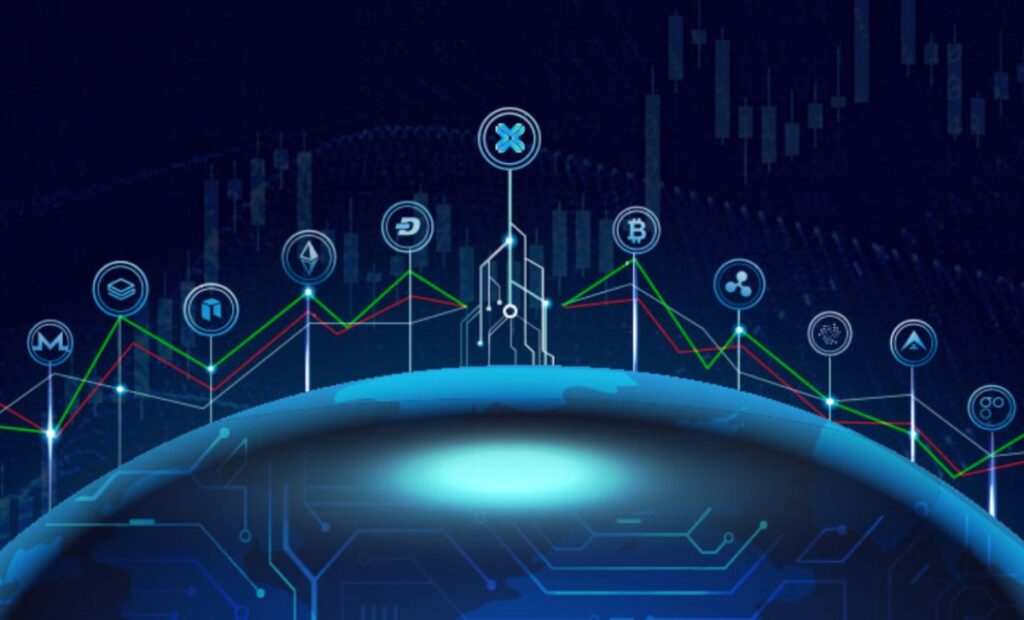 According to crypto analyst Rakesh Upadhyay, most major altcoins like Bitcoin have fallen from their respective overhead resistance levels, indicating that short-term sentiment has turned negative. The analyst states that BTC continues to stabilize below $60,000, indicating higher levels are attracting sales from traders. Meanwhile, Avalanche (AVAX) managed to break into the top 10 cryptocurrencies with a performance of 42.27% in the last 7 days. But at the time of writing, Dogecoin (DOGE) has taken its place again.

The S&P 500 hit an all-time high on November 22, amid reports that United States President Joe Biden has nominated Jerome Powell for a second term as head of the Federal Reserve. This news also pushed the US dollar currency index (DXY) to its highest level since July 2020. The analyst generally states that the sharp gains in DXY are inversely proportional to Bitcoin and the same thing can be seen in November of this year. DXY rose about 2.3% in November, while Bitcoin fell roughly 5.5% over the same period.

Independent market analyst TechDev says that Bitcoin’s performance in 2021 follows the price action of 2017, but there is a lag of 5-8 days. According to the analyst, if the correlation continues, the much-anticipated boom phase in Bitcoin is likely to occur. Could the current drop be the last drop before the resumption of the uptrend, or is the drop the start of a sharper correction? Crypto analyst Rakesh Upadhyay examines the charts of 10 cryptocurrencies to answer this question. we too Cryptocoin. com we have compiled the analyst’s evaluations for our readers.

The analyst states that Bitcoin’s recovery from $55,600 on November 19 reached the 50-day simple moving average (SMA) ($60,350) on November 20, but the bulls could not overcome this hurdle. According to the analyst, this indicates that the bears are trying to turn the 50-day SMA into resistance.

The moving averages are about to complete the downtrend and the relative strength index (RSI) is in the negative territory. The analyst states that this indicates that the path of least resistance is to the downside. Rakesh Upadhyay points out the following technical levels in his analysis:

If the price dips below $55,600, it will indicate the start of a deeper correction to the $52,500 to $50,000 support zone. This negative view will be invalidated if the price rises from the current level and rises above the downtrend line, and such a move will indicate that the correction may be over. BTC could then start a northward walk towards the overhead resistance zone between $67,000 and $69,000.

The analyst notes that Ethereum’s bullish rally from its intraday low on November 18 at $3,956.44 broke above the 20-day exponential moving average (EMA) ($4,364) on November 20, but the bulls failed to sustain higher levels. . According to the analyst, the bears pulled the price below the 20-day EMA on Nov. 21.

The analyst notes that Solana’s (SOL) bounce from the 50-day SMA ($198) faced a strong hurdle at the downtrend line on Nov. 21, indicating that the bears continue to sell in rallies.

Cardano (ADA) rallied above the breakout level at $1.87 on November 20, but the bulls were unable to push the price above the 20-day EMA ($1.95). The analyst states that this indicates that sentiment is negative and that traders are selling on rallies to the 20-day EMA.

The analyst states that Ripple (XRP) recovered from the strong support at $1 on November 19, but the recovery attempt weakened at $1.10, showing demand drying up at higher levels.

The analyst says that the long wick on Avalanche’s (AVAX) November 21 candlestick shows that traders are taking profits near the 200% Fibonacci extension level at $146.18. According to the analyst, lows in AVAX price attracted buying and the bulls tried to continue the uptrend on November 22.

The analyst states that buyers will have to push and sustain the price above $147 to signal the resumption of the uptrend, and Avalanche (AVAX) could later rally to the 261.8% Fibonacci extension level at $175.58. The rising 20-day EMA ($100) indicates that the bulls are in command, while the RSI above 81 indicates that the rally may overheat in the short term. Rakesh Upadhyay continues his analysis:

If AVAX price drops from $147, short-term traders could rush to the exit. This could push the price up to $123. A break below this support could indicate the start of a deeper correction to $110 followed by the 20-day EMA.

The analyst states that Dogecoin (DOGE) rebounded from its strong support at $0.21 on November 19th, gushing out at $0.23. According to the analyst, this weak relief rally indicates demand is drying up at higher levels.

The analyst states that the Shiba Inu (SHIB) bounced back from the 20-day EMA ($0.0000049) on November 20. According to the analyst, this indicates that sentiment has turned negative and traders are selling in rallies to general resistance levels.