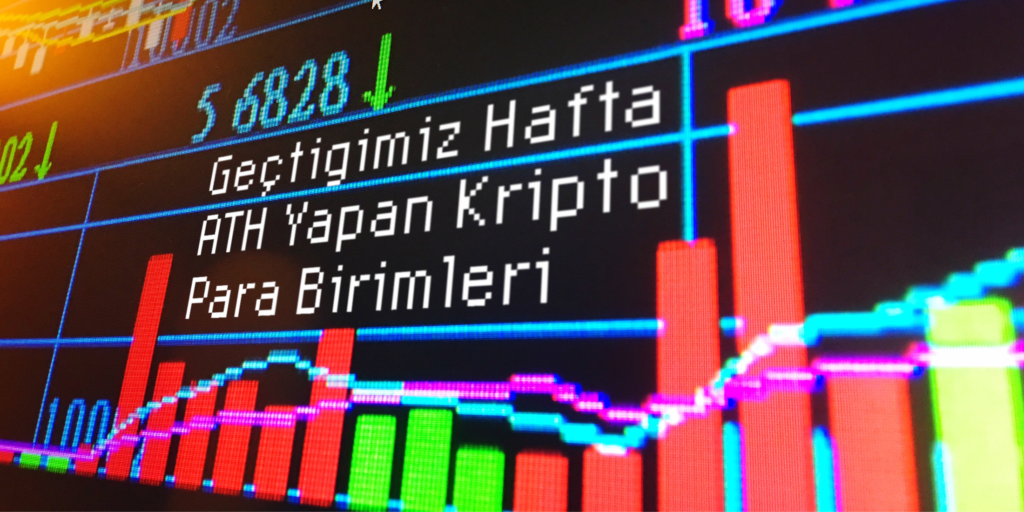 With the activity experienced in the crypto asset market last week, the altcoins that made ATH are as follows;

Left (LEFT):Solana is a highly functional open source project based on the permissionless nature of blockchain technology to provide decentralized finance (DeFi) solutions. While the ideas and initial work on the project started in 2017, Solana was officially launched in March 2020 by the Solana Foundation, headquartered in Geneva, Switzerland. Solana hit its all-time high (ATH) at $218 on October 25, 2021. Solana is traded on 53 markets and 21 exchanges. The most active exchange is Binance.

Phantom (FTM): Fantom, a blockchain platform that works with a DAG-based distributed ledger consensus and offers a secure virtual machine for smart contracts using principles called aBFT, aims to add a new dimension to smart contracts by using the Lachesis protocol with its main system called DAG. Phantom hit its all-time high (ATH) at $3.47 on October 26, 2021. The most active exchange of Fantom, which is traded on 30 markets and 22 exchanges, is Binance.

Shiba Inu (SHIB):The cryptocurrency called “DOGE Killer” was released after Dogecoin. It is a decentralized cryptocurrency created by an anonymous person known as “Ryoshi” in August 2020. The Shiba Inu reached its all-time high price (ATH) at $0.0000877 on October 28, 2021. The Shiba Inu is traded on 35 markets and 31 exchanges. The most active exchange is Binance.

Axie Infinity (AXS):Incorporating blockchain technology into the gaming world, Axie Infinity is a blockchain-based trading and war game partially owned and operated by its players. Axie Infinity, which has attracted great attention since its release, reached its all-time high (ATH) price of $ 162 on October 29, 2021. The most active exchange of Axie Infinity, which is traded on 38 markets and 30 Exchanges, is Binance.

Ethereum (ETH):Ethereum is a system first introduced at the North American Bitcoin Conference by Ethereum founder Vitalik Buterin. Although it is generally seen as an altcoin, Ethereum is an innovative system that aims to develop and use blockchain technology in more areas. It is a Crypto Operating System that takes the cryptocurrency Ether (ETH) as its power source. Ethereum reached its all-time high price (ATH) at $4,416.05 on October 29, 2021. The most active exchange of Ethereum, which is traded on 765 markets and 92 exchanges, is Binance.

Decentraland (MANA):Decentraland, the world’s first decentralized virtual reality platform powered by the Ethereum blockchain, which allows users to create, experience and monetize content and applications, one of its main features is the ability to buy and build on land in virtual reality. Decentraland hit its all-time high (ATH) at $3.28 on October 30, 2021. The most active exchange of Fantom, which is traded on 65 markets and 36 exchanges, is Binance.