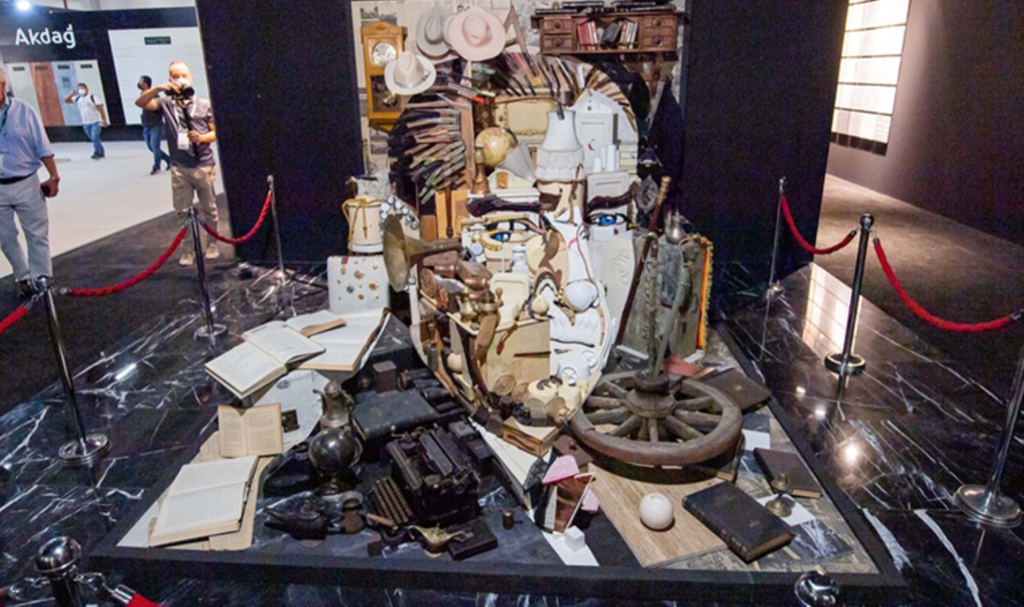 The artwork ‘Atamorphosis Atatürk’ by Czech Sculptor Patrik Prosko was put up for sale as NFT.

The ‘Atamorphosis Atatürk Project’, which symbolizes the values ​​of Mustafa Kemal Atatürk, bearing the signature of Czech Sculptor Patrik Prosko, and which took about three months to build, was first exhibited at the Marble İzmir Fair. The work, which emerged as the sum of 539 pieces from 93 different themes, attracted attention from the fair visitors.

The NFT of the work ‘Atamorphosis Atatürk’, which started to be exhibited at the Rahmi M. Koç Museum as of October 29, was put up for sale on the Foundation NFT platform.

Prosko announced on its social media account that Mustafa Kemal Atatürk’s new Anamorfoz NFT is for sale on the Foundation platform. Prosko is asking for 19.38 Ethereum (ETH) ($80,951) for the NFT artifact.

The work, which is stated to be a three-dimensional installation of ‘Anamorphosis’, which is based on reflection and perspective, is a two-dimensional work of art when viewed from the right angle.

The work, which is a combination of objects symbolizing Atatürk’s life and values, consists of a total of 539 pieces belonging to that period.

Temmer Marble had paid a large amount to Patriarch Prosko for his work ‘Atamorphosis Atatürk’.