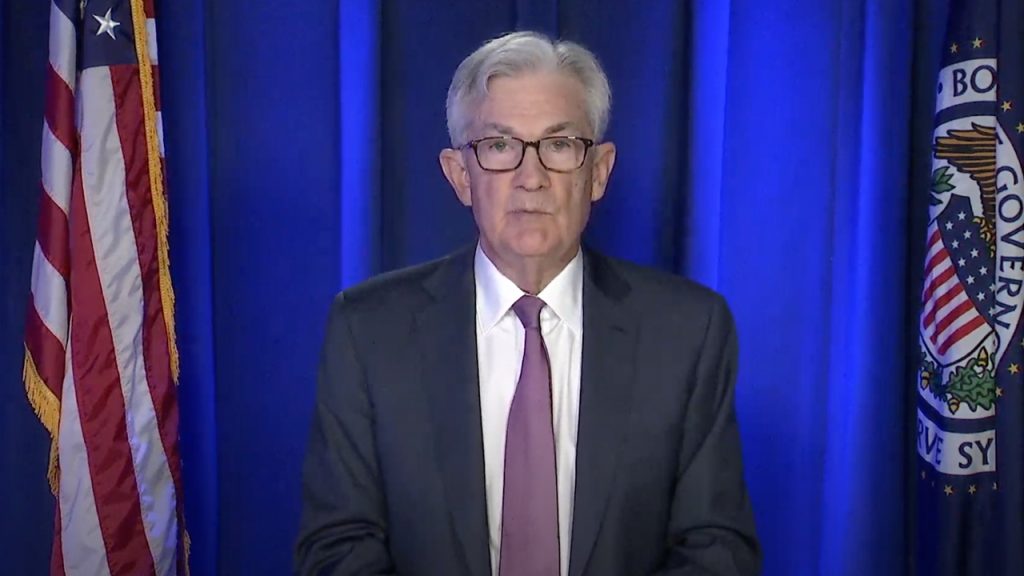 On Wednesday, the Federal Open Market Committee (FOMC) and Fed chair Jerome Powell held a press conference concerning the American economy, the central bank’s plans to address inflation, and the ongoing Russia-Ukraine war. Powell announced that the FOMC decided to increase the benchmark bank rate by a quarter percentage and further noted the Fed anticipates “ongoing increases…will be appropriate.”

For the first time since the onset of the Covid-19 pandemic, the Federal Reserve announced that it increased the benchmark interest rate from near zero to 0.25% in order to target 0.25% and 0.50%.

Fed chair Jerome Powell revealed the rate hike on Wednesday after mentioning the Russia-Ukraine ongoing conflict and he stressed that “the implications for the U.S. economy are highly uncertain.”

However, after mentioning that the U.S. economy, particularly the jobs sector was showing strength, Powell quickly explained that the FOMC raised the benchmark bank rate by a quarter percentage and highlighted that “ongoing increases…will be appropriate.”

Powell also discussed tapering back the Fed’s purchase program but noted that details on that particular arrangement would be disclosed at a later meeting. The last time the Fed raised the benchmark bank rate was in December 2018 well before the Covid-19 pandemic.

In addition to the quarter percent increase, the FOMC expects an additional six rate hikes at each and every FOMC meeting. Moreover, the central bank also expects to increase rates an additional three times next year.

“The committee is determined to take the measures necessary to restore price stability. The U.S. economy is very strong and well-positioned to handle tighter monetary policy,” Fed chair Jerome Powell detailed during his press conference statements.

After the rate hike, the economist and gold bug Peter Schiff tweeted about the Fed’s move. “The only reason the Fed hiked rates is inflation,” Schiff said. “Prior to admitting inflation wasn’t transitory, the Fed wasn’t planning any rate hikes in 2022. Given current geopolitical risks and weakness in the economy and financial markets, the Fed just ran out of excuses to stay at zero.”