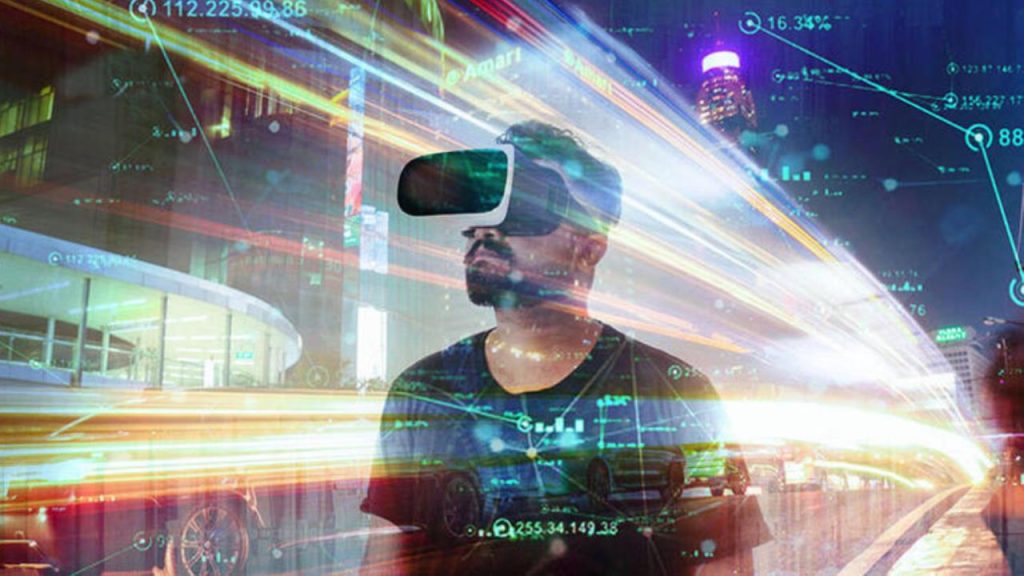 As 2021 comes to an end, 2022 is poised to be an important year for crypto metaverse coin projects. There are dozens of metaverse cryptos on the market and it can be difficult to figure out which one is of real value. That’s why crypto commentator and analyst Paul Brabus examines the top ten metaverse coin projects that he thinks have the potential for significant price increase in 2022, from low market cap to high. we too Cryptocoin. com, we have prepared the analyst’s evaluations for our readers.

Verasity describes itself as a protocol and product layer platform for esports and video entertainment. It is built on top of the Ethereum Blockchain with a mission to increase engagement and ad revenue for publishers and advertisers.

VRA has a Proof of View (PoV) protocol that increases organic engagement and ad revenue on the platform. Verasity also includes a proprietary Adstack in the product tier, a video player and VRA rewards. According to the analyst, Verasity is a great project to watch for 2022, as VRA’s PoV protocol can be easily integrated into the metaverse to allow users to earn tokens in exchange for their attention.

Alien Worlds is the most popular game on the WAX ​​Blockchain and one of the least known crypto games on the market. A play-to-earn Blockchain based NFT game that allows users to mine Trillium. Players can choose a planet to mine and earn TLM by mining with their tools. Everyone is given a free shovel at the start, but the mining power is minimal. Users can buy better mining tools for higher earning potential. There are several builds available depending on whether you are interested in mining TLM or NFT.

According to the analyst, a unique aspect of the game is how users can purchase land and charge others for mining their land. Currently, the cheapest land is $15,550.53 WAX, roughly $7,905, the analyst says. Players can travel to various planets, all of which are separate Decentralized Autonomous Organizations (DAOs). These DAOs receive daily Trillium via smart contracts, and players can also receive a portion of TLM if they are part of that planet’s DAO. The analyst makes the following assessment:

Alien Worlds, the most popular game on the market, has a bright future in 2022. There is no doubt that the team will continue to develop and update the game, thus attracting more users to the game. Alien Worlds, which has a relatively low market value, is a rather low value project in my opinion.

Wilder World is an immersive 5D metaverse coin project based on Ethereum, built with Unreal Engine 5. The analyst, Wilder World, states that it is still in development, but will allow users to purchase a variety of cars, sneakers, buildings and much more.

In addition, Wilder World aims to be the first truly liquid, decentralized and community-led NFT marketplace. The analyst says:

I’m excited for Wilder World in 2022 because it will be built with the ultra-realistic Unreal Engine 5. If you watched The Matrix Awakens preview in UE5, it looked incredible! Dreaming of a fully immersive Metaverse game made with the same engine?

7. Chromia (CHR) with a unique architecture

Chromia makes it easy for people to build decentralized apps in the real world. According to the analyst, it has a unique architecture, works well with Ethereum, and allows developers to code applications seven to ten times faster.

I’m excited for Chromia for 2022 because CHR is likely to see a valuation of over $1 billion by next year. Chromia is a real competitor to Solana, with a massive valuation of over $59 billion! With a market cap of just under half a billion, I have no doubt that CHR could see significant price increases next year, especially if they continue to grow their ecosystem.

The CEEK VR platform aims to be the future of music streaming and broadcasting. It includes a patented VR headset currently available at major retailers like Best Buy and Target. Also, CEEK VR features artists like Lady Gaga, Demi Lovato, Ziggy Marley and many more.

CEEK offers many ways to earn tokens, including creating custom coins for artists and labels, creating various digital products, sharing links on social media, and editing content for approval. Additionally, CEEK VR will include CEEK CITY, a VR stage for live performances. The analyst’s views on the metaverse coin project are as follows:

I’m excited for CEEK VR in 2022 because they offer more than just software. VR headsets and 4D headsets allow users to immerse themselves in a unique metaverse without the need for external hardware.

WAX allows you to buy, sell and trade NFTs in their respective markets, along with dozens of dApp games for users to play. He is known as the “King of NFTs” for successfully facilitating the sale of millions of NFTs from respected partners including Major League Baseball, Street Fighter, Atari and much more. WAX is also home to dozens of popular win-to-play Metaverse games, some of which include Alien Worlds, Farming Tales, Prospectors, R-Planet, and more. The analyst makes the following assessment:

Compared to other Blockchains, the main advantage of WAX is that users do not have to pay gas fees. Instead, users allocate their WAX for CPU/RAM power on the WAX ​​Blockchain, allowing them to transact.

According to the analyst, this empowered PoS consensus mechanism makes WAX extremely attractive for dApps that require many interactions with blockchains.

IoTeX is a scalable and privacy-centric Blockchain infrastructure for the Internet of Things. IOTX is the native token of the IoTeX Blockchain that powers the network. According to the analyst, IoTeX has excellent potential for next year as its ecosystem continues to grow. So far, the analyst says, the IoTeX team has proven that their blockchain can drive a variety of applications and keep up with big boys like Ethereum and Binance Smart Chain.

The IoTeX ecosystem includes exchanges, wallets, and other unique metaverse projects. One of the analyst’s favorites is StarCrazy, a blockchain-based play-to-earn Metaverse NFT game that allows users to earn GFT tokens. IoTeX is also IoPay Web3 available on Android and iOS devices. He has 0 wallets. IoPay is the gateway to the IoTeX ecosystem that everyone can easily access.

According to the analyst, as one of the most valuable metaverse coin projects on the market, there is no doubt that The Sandbox has excellent potential for next year. Having successfully completed the alpha season, the team is preparing for a second alpha season soon.

Sandbox is an Ethereum-based 3D Metaverse that allows users to purchase and monetize land plots. It offers a gamified experience with missions, games and challenges to earn rewards. The analyst’s assessment is as follows:

Sandbox has an unrivaled quality compared to other Metaverse projects, as it has a downloadable client. The world of The Sandbox can best be described as a combination between Minecraft and Fortnite.

The analyst thinks Decentraland is another big project with high potential for significant price gains next year. This 3D Blockchain-based Metaverse allows players to purchase land plots and explore the virtual universe.

Decentraland has been public since February 2020 and is the longest running 3D Metaverse project in crypto. According to the analyst, the only other project close to what Decentraland has to offer is The Sandbox. The analyst says the following about the metaverse coin project:

While Decentraland is currently one of the highest value projects on the market, MANA could easily double or triple the price as more and more platforms are built on top of Decentraland.

Solana is a relatively new blockchain platform that was first launched in April 2019. However, CoinMarketCap did not start tracking its price until April 2020. Since then, Solana has seen incredible price increases as its ecosystem and platform continue to evolve.

According to the analyst, Solana is making a great project to watch in 2022 as her community grows exponentially. Some of the most popular dApps on Solana include Raydium, FTX, Magic Eden, Orca, and more. Solana’s ecosystem is growing every day with more games released on its platform.