Important Comments from the Famous CEO: Big Money is Shifting to These 4 Altcoins! 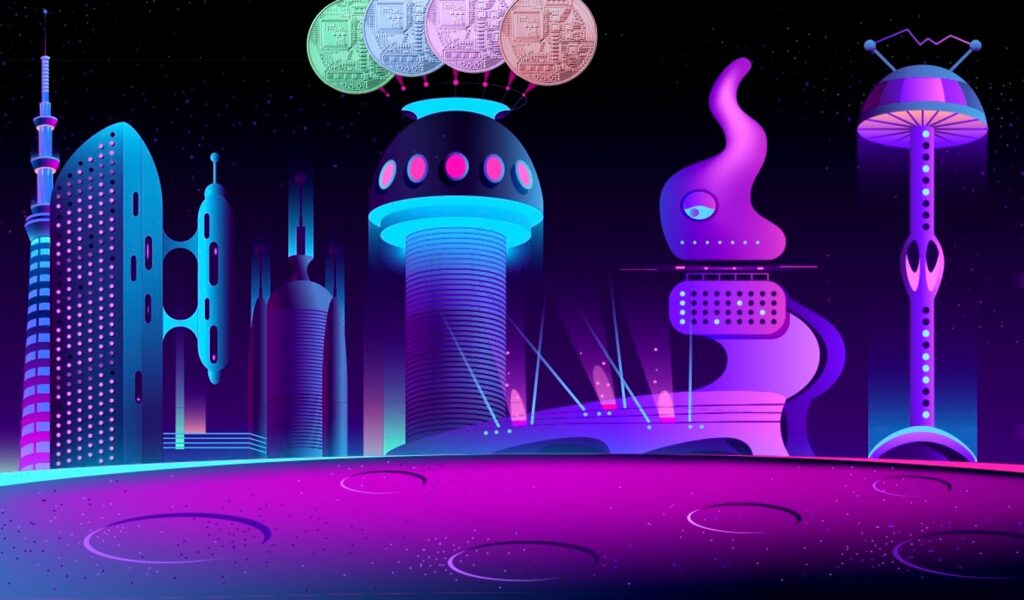 The CEO of a company that completed nearly $200 billion worth of crypto transactions this year shares 2 emerging trends in the $2.9 trillion crypto market and breaks down the institutional investors’ approach to altcoin projects. Details Cryptocoin. com

The formation of the crypto market and Bitcoin

Michael Moro is the CEO of Genesis Trading, a crypto store for institutional investors. He told Insider about the evolution of the firm’s crypto lending, transactions, and investor base since 2013. Moro also shared how institutional investors approach altcoin projects in two different ways. In a sign of how much the crypto market has evolved from 2013, Michael Moro said that a once high-net-worth investor arrived with a suitcase of cash to purchase the nascent cryptocurrency. Moro recalled that the customer in question did not identify himself, but instead began to open his suitcase full of cash to prove he could afford to pay. “Obviously, we had to escort the gentlemen out of our building. But this is symbolic of what the crypto landscape was like in the early days.”

No one is trying to buy cryptocurrencies with $100 bills these days. And Genesis not only trades with some of the largest institutional investors in the world, but is a formidable force in crypto lending, custody and prime brokerage. According to the firm’s latest quarterly report, Genesis processed nearly $200 billion worth of crypto transactions during the first nine months of the year. Building a “one-stop” crypto store that mirrors a traditional Wall Street firm is a massive undertaking. On the one hand, Moro and his team were considered “suits” in the eyes of early Libertarian Bitcoin adopters. On the other hand, the traditional financial industry wanted nothing to do with a cryptocurrency that was once associated with drugs, fraud, and ransomware. Moro says:

It took us a long time to build the trust needed within the initial Bitcoin community. We know we are not the bad guys, we are not their enemies, and we want to help Bitcoin succeed and become a bigger and more valuable asset class.

Ever since MicroStrategy started adding Bitcoin to its balance sheet last year, the narrative about potential institutional adoption of crypto has been gaining momentum. Star investor Cathie Wood has set a long-term Bitcoin price target of $500,000 based on the scenario where all institutional asset managers dedicate more than 5% of their portfolios to cryptocurrency. However, the institutionalization of Bitcoin seems to have made it less popular with individual and some institutional investors. Genesis’ third-quarter report stated that demand for Bitcoin continues to decline due to the significant drop in BTC-denominated trading opportunities.

Meanwhile, investor appetite has shifted to altcoin projects, particularly layer one protocols including Solana (SOL), Terra (LUNA), Avalanche (AVAX) and Fantom (FTM), the report said. But are institutional investors really getting into altcoins? Moro said it’s important to divide them into two groups – legacy investors with billions of dollars in assets under management and crypto-native hedge funds that have grown by the millions or billions. moro says:

The truth is, legacy investors don’t touch Dogecoins or Shiba Inu coins. For them, even the internal approval process to get involved in Bitcoin is a long-term thing. Crypto guys are timing their ins and outs and feel they can take a certain level of risk. Traditional funders have a hard time operating on such a short time horizon.

2 rising trends on your radar

The rise of blockchain-based play-to-win games has caught the attention of many crypto investors, and Moro is no exception. However, he considers how the so-called GameFi industry could disrupt the companies that are leading the “gig” economy. He recalled a recent encounter with some play-to-win game content creators who saw their jobs as trying to disrupt companies like Uber. They explained that one day earning tokens and rewards in a game could potentially export more value than doing Uber rides. This will greatly expand the category’s total addressable market. While such disruptions certainly have real-world implications given the already severe labor shortage in the economy, the potential growth of these crypto gaming businesses is a trend worth watching, Moro said.

Another trend he is following is the maturation of institutional Bitcoin services and products. He noted that some banks started trading Bitcoin as a currency through exchange desks, while others were trying to figure out how to lend against Bitcoin or lend dollars with Bitcoin as collateral. Moro: “I think you’re going to see bitcoin-backed loans really become a thing in 2022. Bitcoin is a great asset. “It is much more liquid and much better than many of the other assets they are currently lending.” Moro expects to see more Bitcoin-based structured products alongside trading and lending.