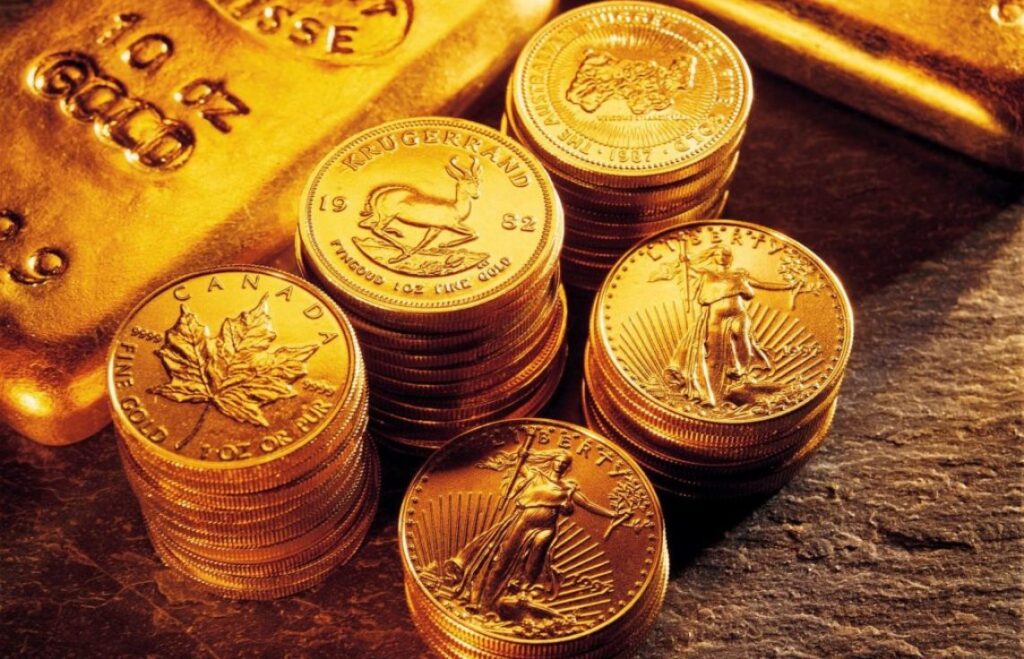 Lock Into These Dates And Developments For The Gold Price Next Week!

Market analyst Eren Sengezer states that gold, after climbing several-week highs above $1,870, reversed its direction and could come under renewed bearish pressure if the $1,850 support fails. Gold price struggled to sustain the previous week’s inflation-driven rally and closed in negative territory on Monday and Tuesday, according to the analyst. While the yellow metal managed to regain strength on Wednesday, it failed to gather enough bullish momentum to break through the $1,870 hurdle and dropped to the lower end of its weekly range before settling below $1,860 ahead of the weekend. Eren Sengezer’s analyzes and evaluations, Cryptocoin. com for our readers.

What happened in the market last week?

The analyst states that rising US Treasury yields are making it difficult for gold to continue rising earlier in the week, and the benchmark 10-year US Treasury yield has soared to new multi-week highs close to 1.65%, helping the dollar maintain its strength. The US Census Bureau reported on Tuesday that Retail Sales rose 1.7% month-on-month in October, compared to market expectations of 1.4%. This pressure reminded investors of strong commodity inflation. Eren Sengezer makes the following assessment:

With gold rising 0.9% amid the 3% decline in the 10-year US T-bill rate on Wednesday, the reverse correlation between gold and interest rates once again became the driving factor. Confirming this view, the pair started to retreat while the 10-year interest rate was fixed at around 1.6% in the second half of the week.

US Department of Labor weekly data showed that there were 268,000 initial claims for unemployment benefits in the week ended November 13. The Federal Reserve Bank of Philadelphia reported that business activity in the Third Federal Reserve District rose at a strong pace with Philly in November. The Fed Manufacturing Index rose to 39 from 23.8 in October.

Meanwhile, Fed officials made mixed comments about the policy outlook that limits bond rates upwards. San Francisco Fed President Mary Daly urged the Fed to be patient in raising the policy rate, arguing that tight policy would slow the economic recovery rather than fix high inflation. On the other hand, St. Louis Fed President James Bullard said that the Fed can increase the rate of asset contraction to $ 30 billion a month and open the door to a rate hike in the first quarter of 2022. Finally, Chicago Fed President Charles Evans noted that the Fed’s policy is in a good place and stated that it would be appropriate to end asset purchases by mid-2022.

What’s on the market agenda for the next week?

IHS Markit’s preliminary Manufacturing and Services PMI surveys for November will appear in the US economic report on Tuesday. Ahead of Wednesday’s data breakdown, the analyst says the market’s reaction to this data will likely remain mild. The U.S. Bureau of Economic Analysis will release its second forecast for third-quarter Gross Domestic Product growth, along with October Personal Consumption Expenditure (PCE) Price Index, Personal Income and Personal Spending figures. The U.S. Census Bureau will publish its monthly Durable Goods Orders report.

It will be difficult for market participants to navigate through all these numbers and come to a decision. The analyst sees the core PCE Price Index likely to have an impact on US T-bond yields and gold price.

A higher-than-expected pressure could increase the likelihood of a 25 basis point Fed rate hike in June, currently 44%, and put pressure on the gold price, according to CME Group’s FedWatch Tool. However, gold’s anti-inflationary status could help the pair find support. Meanwhile, in the second half of the week, trading conditions will weaken due to the Thanksgiving holiday in the US and the gold price may fluctuate between technical levels towards the weekend.

The analyst notes that after the Relative Strength Index (RSI) indicator on the daily chart broke above 70, gold made a technical correction, currently, the RSI remains around 60, showing that the pair has more room on the upside before seeking another correction. The analyst points out the following technical levels:

However, strong static resistance seems to be formed at $1,870 and if the pair fails to open a daily close above this level, buyers may struggle to stay in control. $1,880 (static level) is aligned as the next hurdle to $1,900 (psychological level). On the downside, additional losses could be witnessed if the static support at $1,850 fails. Below this level, sellers can target $1,830 (static level) and $1,820 (20-day SMA).

After this week’s move, FXStreet Sentiment Poll shows that gold is likely to continue rising next week. According to the survey, the average target in a one-week outlook is $1,885. Experts see the gold price close at $1,900 towards the end of the year.