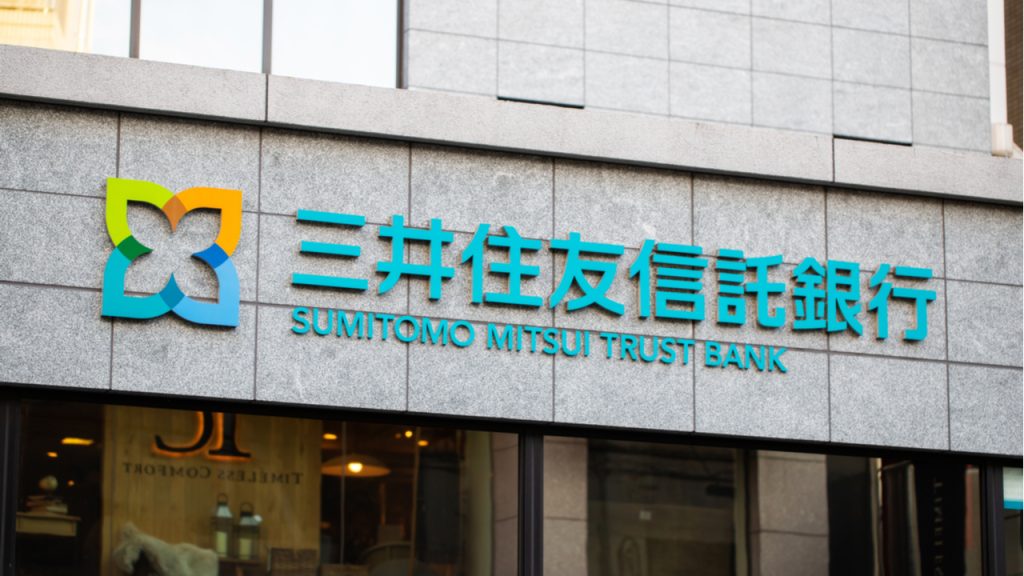 Sumitomo Mitsui Trust, one of the major banking institutions in Japan, will reportedly enter the cryptocurrency custody business. The company is entering a partnership with Bitbank, a Tokyo-based cryptocurrency exchange, to launch a new company that will focus on offering institutional-grade custody for digital assets and NFTs.

Sumitomo Mitsui Trust Bank, a major financial institution in Japan, has decided to enter the cryptocurrency custody business. The company announced that it will launch a digital assets custody company in partnership with Bitbank, a Tokyo-based cryptocurrency exchange. The company, which will be named Japan Digital Asset Trust — and owned 15% by Sumitomo Mitsui Trust and 85% by Bitbank — will focus on providing custody of crypto and NFTs to institutional customers.

According to local media, the objective behind the move is to capture the local institutional market that still sees the issue of custody as a deterrent to investing in these new products. Sumitomo Mitsui Trust believes that investors will be more comfortable holding digital assets if the custody is provided by recognized institutions in the financial world instead of crypto exchanges, which often don’t face the same scrutiny from the established regulatory bodies.

The capital of the company is reportedly 300 million yen ($2.3 million) at its start, with the two companies expecting other investors to dive into this proposal to reach 10 billion yen ($78 million).

The new company aims to start its operation this year, as others competitors are also rushing to bring these services to the Japanese market. Nomura and Crypto Garage are also launching a joint venture to offer similar services to their customers.

However, the Japan Digital Asset Trust will also be offering a different product. According to reports, the new company has plans to issue a yen-pegged stablecoin, supported by regulations allowing banks to launch this kind of product. There have been no further details on this from any of the players in the partnership.

While the company is entering the crypto sector during a downturn in the market, with bitcoin and other cryptocurrencies losing a large part of their value, the rise of the metaverse and blockchain gaming could power the interest in cryptocurrency during this period. Japan Digital Asset Trust is said to expect demand for stablecoins, which usually don’t suffer the same volatility problems that other cryptocurrencies do, to increase as metaverse worlds rise to prominence.

What do you think about the new custody company that will be launched by Sumitomo Mitsui Trust? Tell us in the comments section below.