Master Analysts: The Gold Price Is On The Verge To Test These Levels! 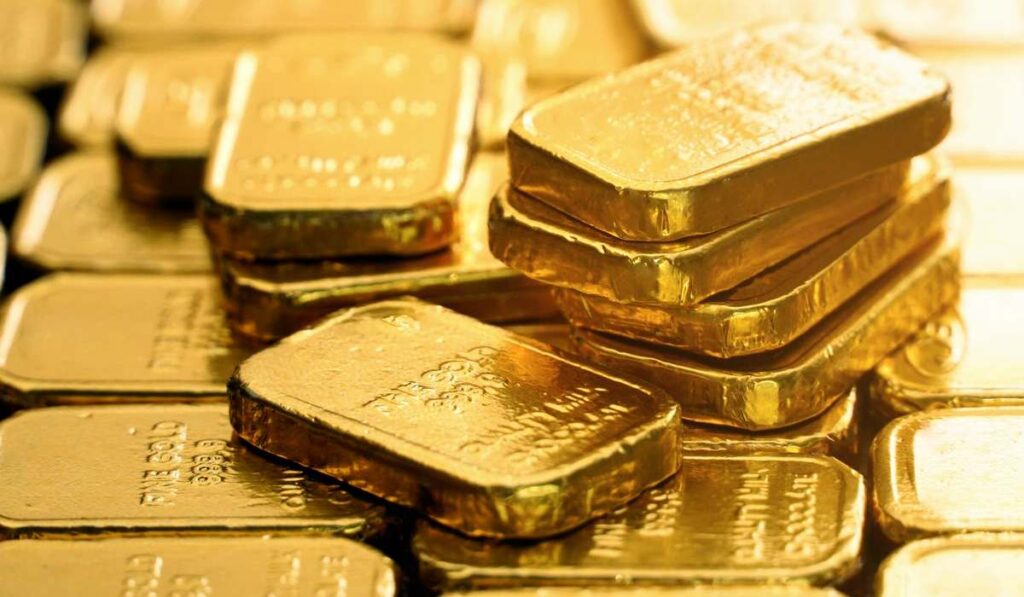 Gold price is trading around $1,860 at press time, gaining 0.57% daily. The yellow metal pointed to intense volatility the previous day as it renewed its five-month high before posting its heaviest daily drop since November 3, according to market analyst Ross J Burland. However, the analyst notes that Tuesday’s early rise may be linked to the start of the virtual meeting between US President Joe Biden and his Chinese counterpart, Xi Jinping, as Fed speakers attempt to tame reflation fears.

Meanwhile, strong U.S. Retail Sales, Industrial Production and residential market data, in St. Louis Fed President James Bullard joined the hawkish comments from former US Treasury Secretary and former New York Fed President Lawrence Summers and Bill Dudley. The analyst states that the hawkish speeches put pressure on the gold price. On the other hand, attempts by San Francisco Federal Reserve Bank Governor Mary Daly to appease the bond bears seem to offer the final stop in the downtrend. The analyst says Fedspeak will be the key for gold traders to watch ahead on a light calendar day.

As we reported , the US dollar rose to a new 16-month high as US interest rates rose after impressive data and hawkish Federal Reserve speakers. US data showed US consumers outstripped rising prices and Retail Sales were higher than expected last month. US Retail Sales rose 1.7% in October, beating expectations for a 1.4% increase.

DXY has been rising since last week’s US inflation data surprised to the upside and showed consumer prices soaring to their highest level since 1990. Investors expect the Federal Reserve to shrink its QE program more quickly. More hawkishly, some observers even expect the Fed to potentially raise interest rates sooner than originally anticipated.

The famous hawk that drives the US dollar bulls, St. Louis Federal Reserve Bank head was James Bullard. In a statement on Bloomberg television, James Bullard said the following about inflation and the measures to be taken:

If inflation goes down, we’re in a very good position for that. If inflation doesn’t fall as fast as many currently expect, it will be up to the Federal Open Market Committee to keep it under control. The inflation rate is quite high. It is the committee’s job to move in a more hawkish direction over the next few meetings so that we can manage inflation risk appropriately.

Also, James Bullard stated that he could play on the idea that the Fed doesn’t have to wait until the cut is over to raise interest rates. This is followed by former New York Fed President Bill Dudley’s earlier comment, “They’re going to have to taper faster.” The Fed has already said it can change the tapering rate if warranted. The analyst states that inflation data so far support the need to slow stimulus.

Meanwhile, US stocks were supported by strong production and home construction data as well as strong retail sales data. However, US stock markets paid little heed to comments from Federal Reserve members that monetary stimulus should be cut faster to fight inflation, and the S&P 500 rose 0.6% on Wall Street.

Overall, there has been a downturn for the gold price despite expectations of higher inflation and lower real US returns. Analysts at TD Securities have forecast slowing growth and inflation in the coming year, suggesting that market prices are too hawkish for them. However, they state that while global markets are looking for ways to hedge inflation risk, gold prices still managed to rise. According to analysts, this indicates an uptrend on the fundamental side.

Gold price technical analysis: Bears may be on the verge of testing $1,830 resistance

According to the analyst, the golden bulls may be toweling off here and the price is correcting from the weekly resistance shown in the figure below:

Along with the above analysis, the analyst provides an update on the price action and market structure plotted on the daily chart, noting that the golden bears may be on the verge of a previous test of a resistance structure at $1,830.