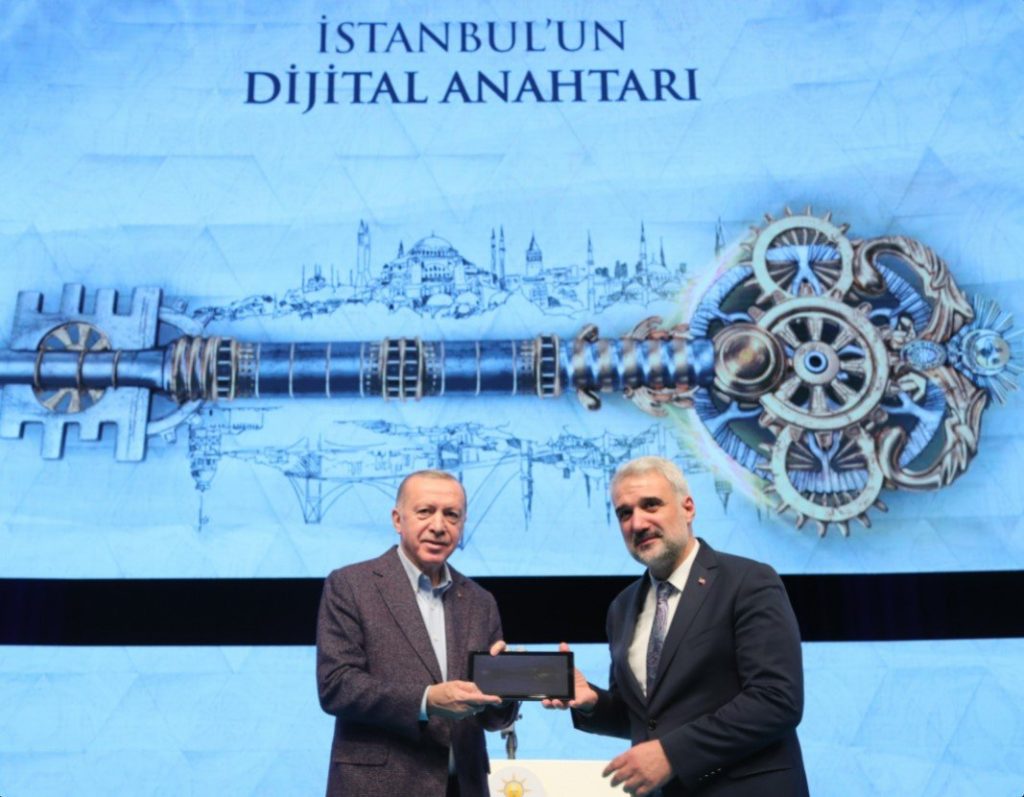 At the end of the meeting, AK Party Istanbul Provincial President Osman Nuri Kabaktepe presented Erdogan with an NFT-based “Digital Key of Istanbul” and a painting, in commemoration of the day. Erdogan was also presented with a form with his name on it.