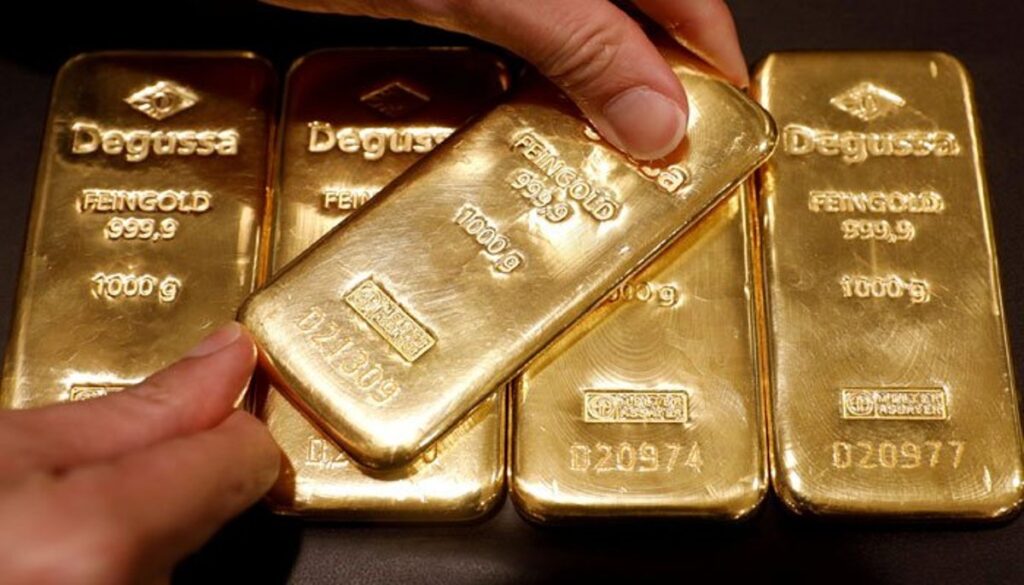 “Out of Power” Analyst: Gold Prices Could Slip To These Levels!

Market analyst Ross J Burland states that gold is lagging behind approaching previous resistance and it could correct deeper if $1,850 becomes resistance. Gold prices trade above $1,840 amid a resurgence of the Covid-19 pandemic, attempting to recover from an eight-day low of $1,839.

The analyst says that concerns about the renewed quarantine in Europe, due to another wave of coronavirus that revealed its ugly face with the onset of winter, dampened the sentiment of investors. However, further increases for gold prices seem limited, largely due to a stronger US dollar as well as Treasury yields. Ross J Burland comments:

Gold prices, which were rejected at the critical $1,870 level last week, remain in the red zone for the third consecutive session, despite the recovery. This week, the focus will be on Fed minutes to gauge the timing of a possible rate hike, which could have a significant impact on interest-free gold.

The analyst states that despite the risk-averse mood, the gold price remained low and fell 0.70% to $1,843.09 on Friday. Austria will be the first country in Western Europe to impose a full curfew, and Germany may follow. According to the analyst, this situation may cause the dollar to be preferred, which may lower the euro and increase the US dollar.

CTA purchasing program for gold has run out, according to TDS analysts

The dollar index (DXY), which tracks the dollar against a basket of six major currencies, was up 0.57% at 96,066 at the close, dropping a touch below the 16-month high of 96,266 printed mid-week. The analyst states that DXY is in an advantageous position as the market expects that interest rates will rise faster in the US.

For example, Federal Reserve Chairman Christopher Waller said that if high inflation and the strength of job growth continue, the Federal Reserve should increase the pace at which it cuts bond purchases to allow more room for action to raise interest rates from near zero, sooner than he currently expects. told. In addition Cryptocoin. com

As I reported , Fed Vice Chairman Richard Clarida noted that it “could be very appropriate” for the Fed to discuss accelerating the process of reducing asset purchases at its next meeting, December 14-15.

Meanwhile, the CTA buying program for gold has run out, leaving the yellow metal vulnerable to deeper consolidation if prices fail to hold above the $1,840 region, according to analysts at TD Securities. Analysts make the following assessment:

All in all, while the yellow metal remains an ideal hedge against rising stagflationary headwinds, the contention between the pressures of high inflation and market prices for central bank hikes has not settled definitively.

TD Securities predicts growth and inflation will slow next year, noting that the market’s pricing for Fed hikes is too hawkish.

According to market analyst Ross J Burland, the outlook for gold is currently bearish considering the weekly, daily and lower timeframes. The analyst states that according to the chart of the week, the golden bears are waiting for 38.2% Fibo to open.

Ross J Burland, from a four-hour perspective, states that the price has met short-term support and makes the following analysis:

However, price action shows a strong bearish, at which point the downtrend is expected to continue.

Christmas Day Predictions for SHIB and Bitcoin Are Out!

Forget DOGE! These Are the 10 Altcoins That Are ‘Ready to Take Off’!