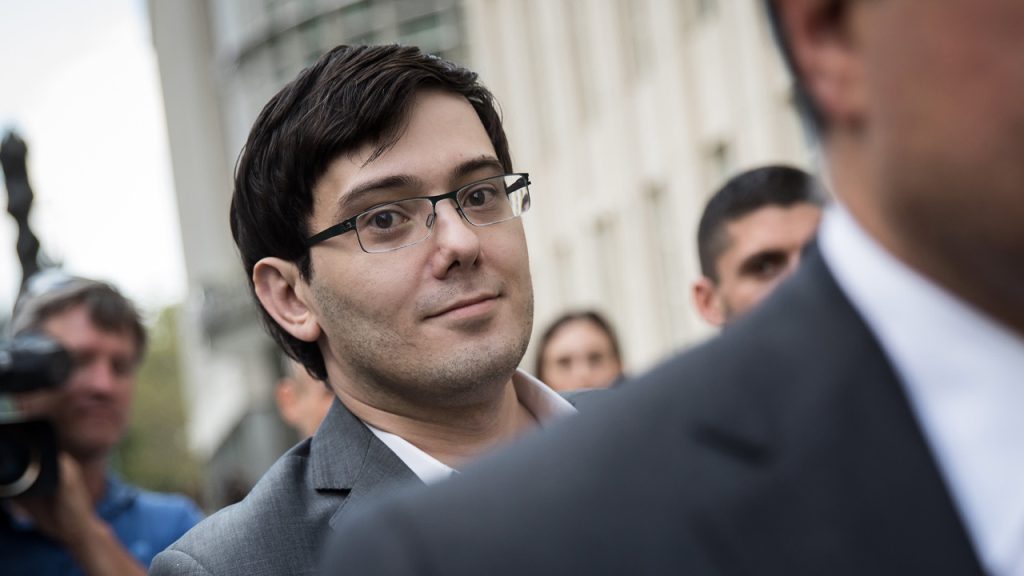 Following his release from prison, the former hedge fund manager and convicted felon, Martin Shkreli, discussed cryptocurrencies and using the decentralized exchange (dex) platform Uniswap from a federal penitentiary. The so-called ‘Pharma Bro’ further explained that eventually, a crypto entity could dethrone some of the largest banking giants.

Martin Shkreli has been released from prison early and is now located at a halfway house located in New York. Shkreli’s federal custody will end in September, and as soon as he got out of prison he took to his social media accounts to speak. On Facebook, Shkreli jokingly said that getting out of jail was “easier than getting out of Twitter prison.”

Shkreli is a former hedge fund manager and he’s infamous for purchasing the license to a pharmaceutical drug called Daraprim. It wasn’t the fact that Shkreli’s firm Turing bought the drug, but that the company raised the drug’s price from $13.50 to $750 per pill in 2015.

Shkreli also has an interesting persona and is known for being very cocky. The so-called ‘Pharma Bro’ was eventually convicted of securities fraud in a case completely unrelated to the Daraprim price increase. Shkreli also is known for purchasing an unreleased Wu-Tang Clan album, which was seized from his estate after being convicted of securities fraud.

A non-fungible token (NFT) art collective ended up purchasing the unreleased Wu-Tang Clan record for $4 million. Shkreli was sentenced to seven years for his crime but got out early by completing shortened-sentence or good behavior programs.

On Saturday, during a Twitter Spaces post, the former hedge fund manager seemed to go from a so-called ‘Pharma Bro’ to a ‘Crypto Bro.’ Shkreli also said he leveraged the decentralized exchange (dex) platform Uniswap from behind bars.

I don’t think [defi’s] at the limit of where it can go. I think we’ll see more and more financial products that end up in defi… eventually, we’ll see some crypto entity be bigger than the banking behemoths.

Shkreli said that BTC dominance may get “eaten away,” and the entrepreneur also commented that companies like Apple and Tesla should have their own coins. “There are so many ways we can do things with [decentralized finance],” Shkreli remarked. “There should clearly be an Apple coin and a Tesla coin,” he added.

Shkreli also talked about blockchain networks like Solana and Algorand. Ethereum is one competitor that could flip BTC dominance, Shkreli highlighted during the conversation. “It’s hard for that not to happen given the use cases of ether,” Shkreli explained.

The former hedge fund manager likes to tell people about what he’s doing and had no problem with telling his fans he used Uniswap in prison. Uniswap’s founder Hayden Adams discussed Shkreli after the Twitter Spaces topic started to trend on social media. “Will Shkreli still like Uniswap when he learns I listened to that [Wu-Tang Clan] album he bought more recently than him?” Adams said.