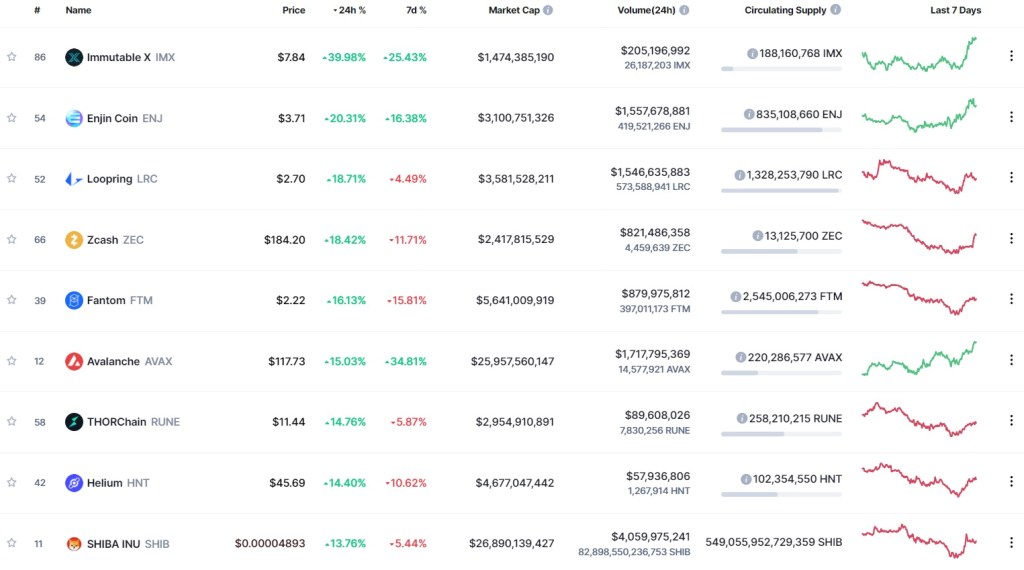 The Big Are Sleeping: But These 9 Small Altcoins Are Flying!

60. Bitcoin (BTC), which fell below the critical level of $ 000, rose by 5% in the last 24-hour period and recovered slightly from yesterday’s $56,000 levels. It’s changing hands at $58,849 at the time of writing. Other major cryptocurrencies are also seeing small value gains. Meanwhile, 9 altcoin prices jumped. Cryptocoin. com we review them…

Loopring is in third place. The LRC gained as much as 18.71 percent. LRC is the token of Loopring, an open protocol designed for the creation of decentralized crypto exchanges. In fourth place, privacy-focused altcoin Zcash (ZEC) comes in with an 18.42 percent gain. The Zcash Foundation recently announced that the second beta launch has taken place.

Another coin that rose the most was Fantom’s FTM token with 16 percent. Outside of FTM, Avalanche’s AVAX has gained the most. Behind the AVAX price rise, the locked aggregate value in the DeFi ecosystem on Avalache may have soared to new highs and Binance US has announced its plans to list the token.

SHIB is on the rise

In addition to the above coins, THORChain (RUNE), Helium (HNT), and Shiba Inu (SHIB), one of the most popular meme coins of recent times, have gained in value. DeFi platform THORChain’s RUNE token rose 14.76 percent, while Helium’s HNT rose 14.4%. Finally, the Shiba Inu (SHIB) gained as much as 13.76 percent. Although Shiba Inu’s bullish trend has stalled over the past few days, Vienna-based Bitpanda opened a euro market for the meme coin earlier today. Meme coin continues to integrate with new exchanges.