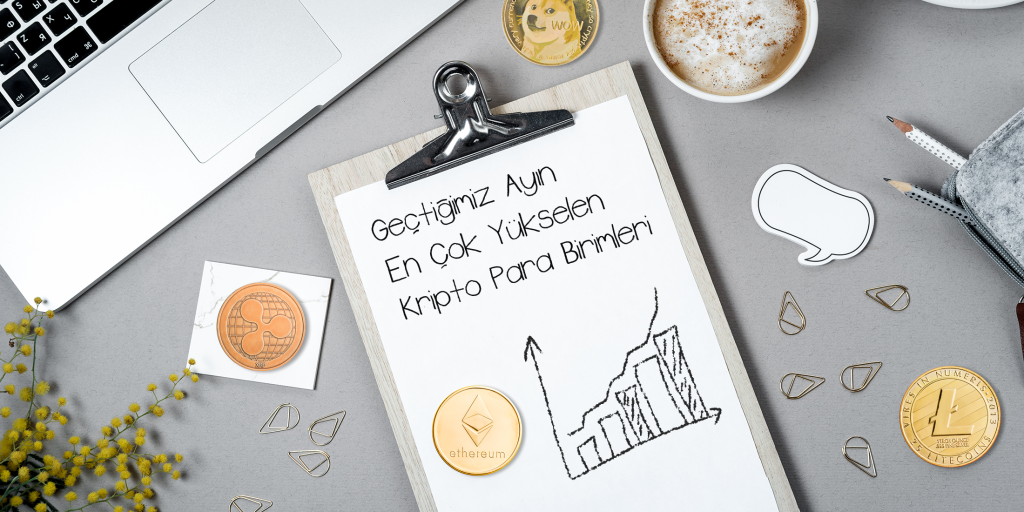 In November, there was activity in many altcoins.

In November, there were movements in the crypto money market. We left behind a month with ups and downs due to the fluctuations in the market. According to CoinMarketCap data, the top 5 altcoins among 100 crypto assets in terms of market capitalization in November are as follows;

Gala Games (GALA):Gala Games, a GameFi platform that aims to create an ecosystem of blockchain games, offers not a single game, but a series of different games that prioritize entertainment and have blockchain in the background. It is a platform where players can play blockchain games and buy and sell in-game NFT assets. Players can also decide which game should be developed or funded through voting. Gala Games, 611% in November. It was the most profitable coin with a rate of 59.

The Sandbox (SAND):Sandbox is software running on Ethereum that runs a decentralized virtual game world. At its core, Sandbox is a game where players can purchase digital lands called LANDs and build experiences on them to share with other users. Sandbox is up 319% last November. It was the second highest earning coin with a rate of 53.

Crypto. com Coin (CRO):Financial services company Crypto. The decentralized and open-source blockchain network “Crypto.com” developed by .com. com Chain’s native digital currency. Working with the goal of “incorporating cryptocurrencies into everyone’s wallets,” the developers launched the CRO currency at the end of 2018. Crypto. com Coin is 249% in November. It took its place among the coins with the highest earnings by 37 percent.

Kadena (KDA): 140% last month, according to CoinMarketCap data. Ranked fifth among the top-paying coins with a rate of 53, Kadena is a project founded on the idea that Blockchain can revolutionize the way the world interacts and transacts. Recognizing that chain technology and the ecosystem that connects it to business need to be redesigned from the ground up to achieve mass adoption, the Kadena founding team built a proprietary chain architecture and created tools to enable the blockchain to adapt to the speed, scale and energy efficiency previously thought unattainable for business.

You can examine the most profitable altcoins in the past month from the table: