Unprecedented Bomb Prediction For Gold: These Levels Are Coming! 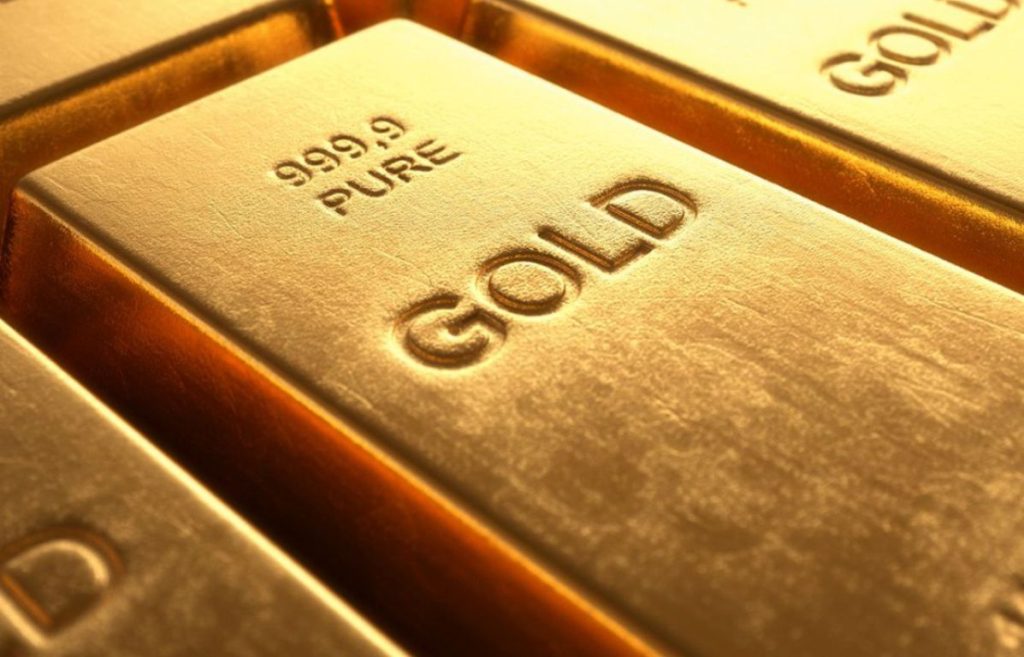 In an interview, Leigh Goehring says inflation may already push 9% next year and could get worse:

We are approaching the upward explosion of gold prices. I strongly believe that inflation will not go away. It will continue to be a problem. We may be looking at a black swan event in inflation. It could be an oil shock, a natural gas shock, or an agricultural shock.

As we reported , Federal Reserve Chairman Jerome Powell shocked the markets this week by abandoning the term “inflation is temporary” and stating that the US Federal Reserve will discuss accelerating the rate cut at the next December meeting. An inflationary black swan event could initiate the inflationary psychology that is lacking despite annual US inflation rising to 6.2%. Leigh Goehring makes the following predictions:

It will force the Fed to raise interest rates. The central bank will start, but it will create such turmoil that the Fed will have to stop. In return, gold will be withdrawn first. However, this will be the last pullback before the massive gold bull market.

According to Leigh Goehring, it will start its massive bull market

There are so many similarities between the late 1960s and the early 1970s that they cannot be ignored. At that time inflation was increasing at about 5-6% per year (same as now). And then, in 1973, there was the black swan event (oil embargo). “Oil went from $4 a barrel overnight to $15 a barrel,” says Leigh Goehring.

And this triggered a huge surge in inflationary psychology. And the Fed has increased interest rates aggressively. Gold went down the next two years, hitting bottom in 1975. But this time, the Fed will have to stop raising interest rates because it will be very painful for everyone.

Leigh Goehring adds that this would be the perfect scenario for gold:

When the precious metal of the Fed’s tightening action bottoms out, it will start a massive bull market.

When Fed Chairman Jerome Powell began his first term, he sought to raise interest rates that had rebounded in the Treasury market. That’s why Leigh Goehring thinks she’ll have to give up raising interest rates, as Jerome Powell did in October 2018, and says that once she gives up, the big bull market in gold will begin.

How big of a bull market will it be? Leigh Goehring estimates that gold will hit $10,000 by the end of the decade and silver will eventually catch up to $500:

In 2028, gold could be above $10,000. If the gold is over $10,000 and we go back to the 20:1 gold-silver ratio, that means silver will be $500. During this period there will be ten years of famine, and everyone will become poorer except those who have physical gold and silver.

According to Leigh Goehring, silver is another important inflationary metal to be bought and held over the next ten years. The manager believes that in this bull market, silver will be another cornerstone. Leigh Goehring, who predicts that inflation will get much worse during this decade of famine and underinvestment in the resource sector will play a major role, continues:

When we look back at this decade and ask what happened. This will be seen as a ten-year shortcoming. Everything will have a problem. Over the past decade, we’ve radically underinvested in our resource areas. Look at what happened at Exxon and Chevron and the concerns of the ESG. They don’t talk about changing their resource base.

Leigh Goehring: Those who want to buy long-term gold buy now because it is cheap

Goehring & Rozencwajg managing partner says this underinvestment in the resource sector will show itself and it will be highly inflationary. Leigh Goehring said, “This year inflation has gone from under 3% to over 6%. “We may approach 9% at some point in 2022,” he says. According to the executive, the most important metric to watch is the bond market, which has so far largely ignored increasing price pressures:

Now we have inflation, but we do not have the psychology of inflation. The bond market says so. But what if the bond market changes its mind? We could see massive panic selling. Big problem for stocks. In 2022, the bond market may finally contain inflationary expectations.

In the final month of 2021, gold is still in the correction phase after hitting new record highs last year, but long-term investors are using this opportunity to buy, according to Leigh Goehring:

Gold has had nowhere to go this year for performance reasons. And I think the performance difference will continue for another six months. However, those who want to buy gold in the long run buy now. Gold stocks are the same. They’re also the cheapest ever.