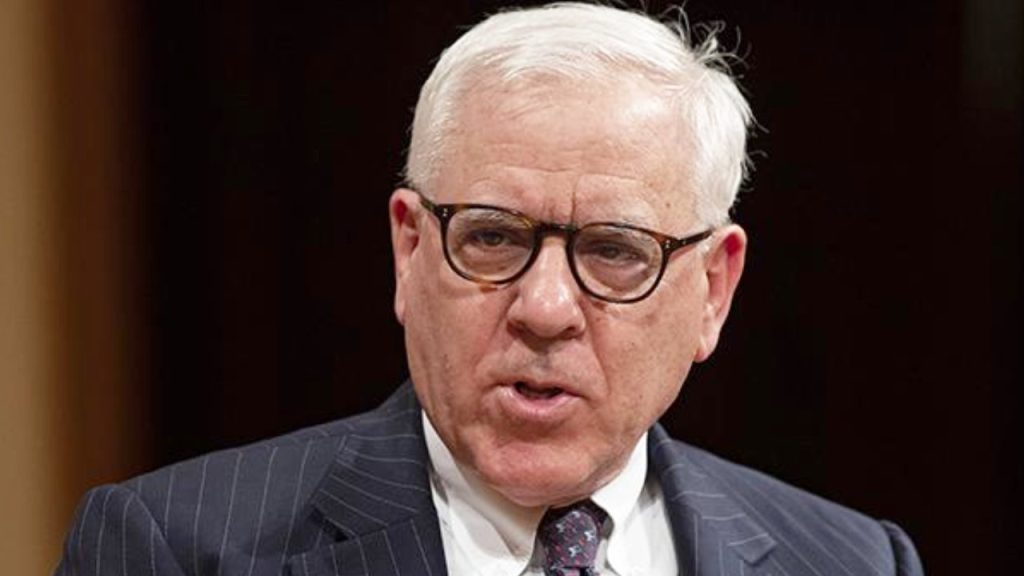 David Rubenstein, the founder of Carlyle Group, one of the largest investment firms managing over $300 billion, says he was skeptical of crypto but now believes that “the genie is out of the bottle” and the crypto industry is not “going to go away anytime soon.”

David Rubenstein, co-founder of Carlyle Group, one of the largest private equity firms in the world, has shared why he changed his mind about crypto in a recent interview by Colossus.

Rubenstein co-founded the Carlyle Group in 1987. Since then, the company has grown into a firm managing $301 billion from 26 offices around the world. Among many credentials, Rubenstein is chairman of the Council on Foreign Relations, a trustee of the Brookings Institution and the World Economic Forum; and a recipient of the Carnegie Medal of Philanthropy.

“I was skeptical of crypto in the beginning because I figured there’s nothing underlying this,” he began, elaborating:

But it’s clear to me now that many younger people don’t think that there’s much underlying the dollar or the euro or other currencies.

“They think, ‘I really can’t get gold for my dollar anymore,’” he added.

“So maybe the government’s promise to make it valuable isn’t there when you have so much money you’re borrowing and you’re inflating your way out of the value of the currency,” he continued.

Rubenstein added: “So I think many people like the fact that it’s private. You can’t really know how much somebody owns. They like to be able to transfer [it] around the world.”

Furthermore, Carlyle Group co-founder mentioned the Russia-Ukraine war. He pointed out the benefits of having crypto “If you’re in Ukraine or you’re in Russia and you want to have some assets and your country has got lots of challenges.” In such circumstances, he opined:

Having some cryptocurrency probably enables you to feel better that you can have something that’s outside of the government’s control and it’s not dependent on the bank opening up its doors to you.

Rubenstein further noted that another factor drawing people to crypto is investors seeing other people making money in the sector. He said, “they tend to go where people have made money.”

As for his own investments, he admitted: “I have not bought cryptocurrencies, but I have bought companies that service the industry because I think the genie is out of the bottle.” Rubenstein concluded:

I don’t think the industry’s going to go away anytime soon.

What do you think about David Rubenstein’s comments? Let us know in the comments section below.