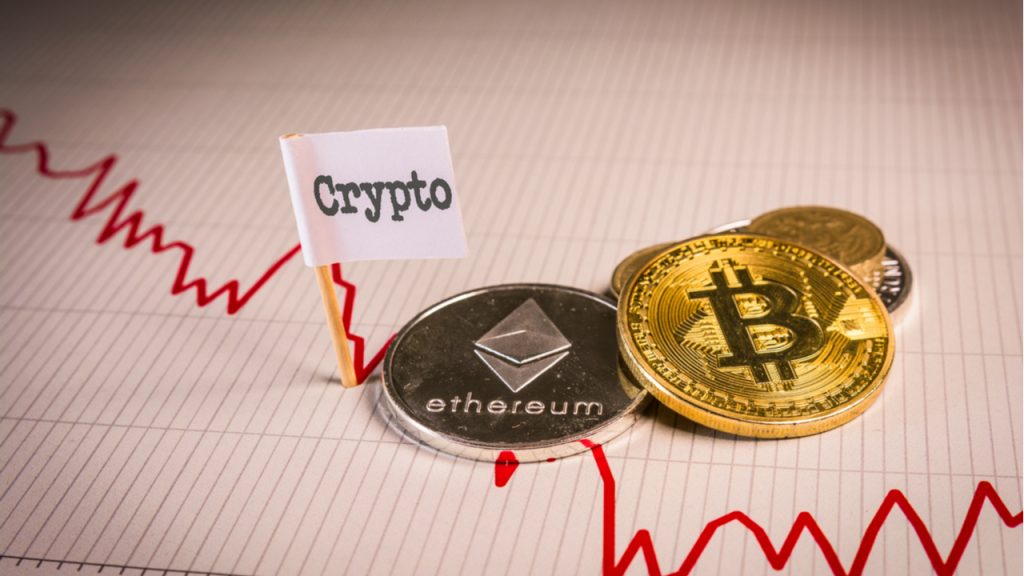 Bitcoin and ETH both fell to their lowest level in over three weeks on Monday, as a red wave passed through crypto markets. As of writing, BTC and ETH are trading between 2% and 5% lower, while the overall crypto market cap is down 3.75%.

Bitcoin extended its recent decline on Monday, as prices fell for the fifth session in the last seven to start the week.

This drop pushed prices below the long-term support level of $42,000, taking the asset to a three-week low in the process.

As seen on the chart, this is the first time since March 22 that BTC has traded below this floor, and the drop comes as another support point was broken.

This being that of the 14-day RSI, which saw the 43.55 floor finally cave in, after holding firm during the weekend.

As of writing, this indicator is now tracking at 40, which is its lowest point in two months, and should it continue to fall, we could see BTC below $40,000.

The fall in ETH was even greater than that of BTC on Monday, as the world’s second-largest cryptocurrency lost over 5% of its value.

This was double that of BTC’s fall, and saw ETH/USD fall to an intraday low of $3,068.59 to start this week’s session.

Monday’s drop saw prices fall to their lowest point since March 24, when ETH was attempting to break into the resistance at the time of $3,145.

Although ETH almost fell below $3,000, a makeshift floor seems to have been found at $3,010, which is a point where bulls typically look to buy.

Looking at the chart, losses have eased since hitting this floor, which is likely due to bears fleeing, in anticipation of a rebound.

As of writing, the 14-day RSI is now tracking at a nearly one-month low of 45.10, which could be another signal to bulls to buy, as markets are relatively oversold.

Could we see ETH and BTC fall below $3,000 and $40,000, respectively, in the coming days? Leave your thoughts in the comments below.

The most realistic News Of The Crypto [email protected]sor.com https://twitter.com/cryptossorcom