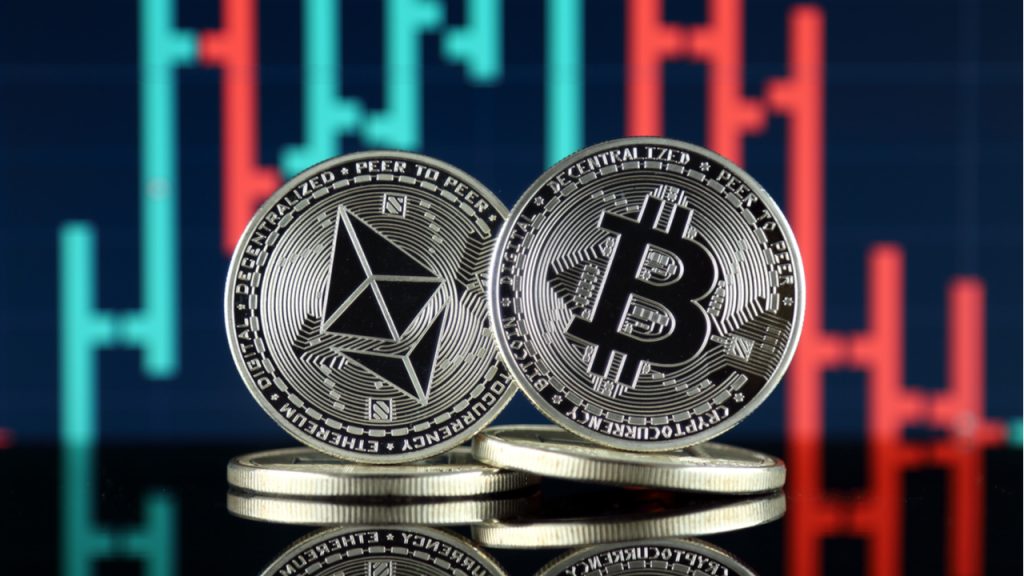 Following a rise to a high beyond $41,700 earlier this week, bitcoin’s price has fallen for two consecutive sessions. Despite this, BTC continues to trade above $40,000, whilst ETH continues to hover above $2,800.

BTC fell for its second consecutive session on Friday, as the world’s largest cryptocurrency has lost some momentum, following Wednesday’s Fed decision.

This drop means that BTC/USD is 1.66% lower than Thursday’s high, and comes as prices have fallen back below long-term resistance.

The ceiling, which resides at $40,600, was broken earlier today and this enticed bears to sell even further, due to the historical action which took place there previously.

Looking at the chart, the engulfing bearish candles on March 4 and 10 act as a reminder how quickly gains can be lost, and this lead to some bulls liquidating their positions.

Despite this, the 14-day RSI still remains above 50, which is one of the indications that price strength is still marginally trending upward.

ETH mainly traded above $2,800 on Friday, as prices continued to hover below recent resistance of $2,850.

As can be seen from the chart, the 10-day moving average and the 25-day have finally collided, with the short-term average set to overtake mid-term.

Despite recent price volatility, the last seven days have seen ETH climb by an average of 7%, and if moving averages extend this trend, we could see further surges in price.

The only hurdle that remains appears to be the 55.5 ceiling that is currently present in the 14-day RSI.

Will we see the next surge in crypto commence this weekend? Leave your thoughts in the comments below.