Watch These Dates For Gold Next Week: These Levels Are Visible! 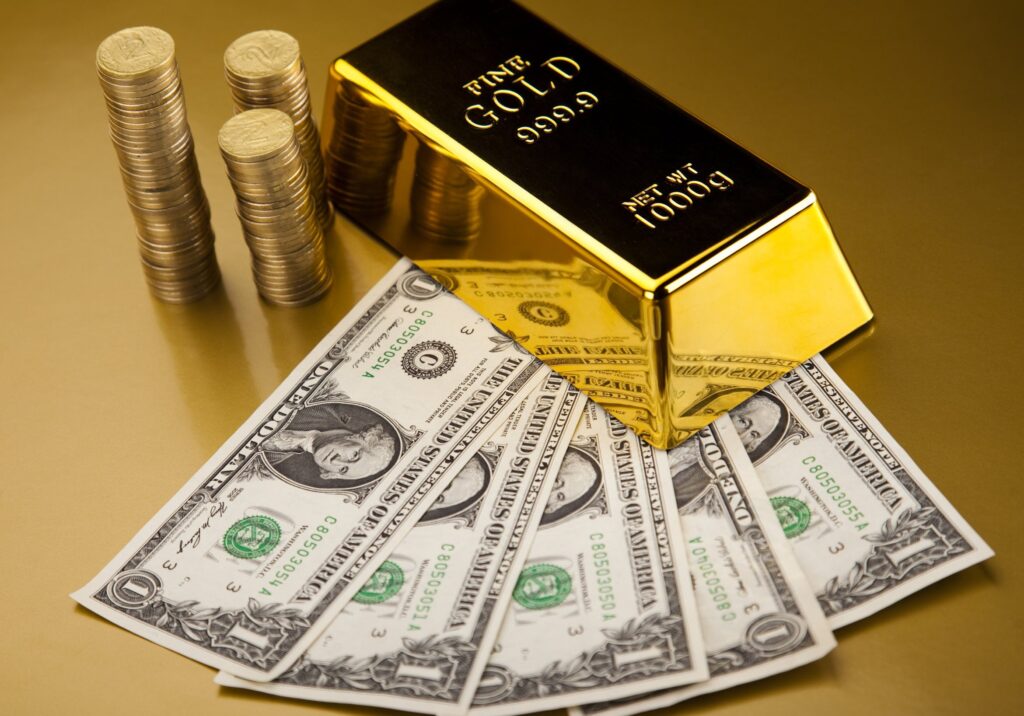 As we reported , although the precious metal retreated from this level, it managed to close in positive territory on Wednesday and Thursday before moving into the consolidation phase on Friday.

What happened in the markets last week?

The benchmark 10-year US Treasury yield fell below 1.5% on Monday and lost more than 3% on a daily basis, allowing gold to rise earlier in the week. In the absence of top-level macroeconomic data releases, changing interpretations of the Federal Reserve’s policy outlook have caused the dollar to lose some altitude. Louis Federal Reserve Chairman James Bullard told Fox Business Network that he expected to see two rate hikes in 2022, but Vice President Richard Clarida argued that benchmarks for rate hikes could be met by the end of next year.

Data from the USA on Tuesday showed that the Producer Price Index (PPI) remained unchanged at 8.6% on an annual basis in October. The analyst states that this data, although below the market expectation of 8.7%, failed to trigger a noticeable market reaction and the modest weakness of the dollar allowed gold to remain in the positive territory.

The U.S. Bureau of Labor Statistics announced on Wednesday that annual inflation, as measured by the Consumer Price Index (CPI), rose to 6.2% in October, its highest level since 1990. Core CPI, which excludes volatile food and energy prices, also climbed to its strongest level in more than three decades at 4.6%. This pressure has caused investors to begin pricing in an earlier-than-expected rate hike and U.S. Treasury bond yields soared. However, the analyst makes the following assessment:

It was weakened by the effect of the inverse correlation between the precious metal and US T-bond rates and the strong demand for gold as a traditional inflation hedge. Additionally, bullish momentum gained strength as the key resistance zone failed at $1,830, and gold rallied to a five-month high near $1,870.

Trading remained sluggish due to Thursday’s Veterans Day holiday, and gold struggled to hold on to its daily gains. The analyst states that the 10-year T-bond rate opened on Friday with a rising margin, and the profit received before the weekend forced gold to correct. According to CME Group’s FedWatch Tool, markets are currently pricing in more than a 70% chance of the Fed raising interest rates by June 2022. On Friday, the University of Michigan announced that its Consumer Confidence Index dropped to 66.8, its lowest level since November 2011. The statement underlines the following:

One in four consumers showed inflationary declines in their living standards in November, with lower-income and older consumers expressing the biggest impact.

What’s on the agenda for next week?

On Monday, Retail Sales and Industrial Production data from China is expected to show further loss of momentum in the world’s second-largest economy. According to the analyst, if the market deteriorates at the beginning of the week, gold is likely to continue to find demand.

On Tuesday, the U.S. Census Bureau will release October Retail Sales data. The analyst emphasizes that weaker-than-expected pressure could revive concerns about inflation, which negatively affects consumer activity, and provide support for gold. On the other hand, the analyst reminds that an optimistic data can help risk flows return to the markets and limit the rise of gold.

CPI data coming from England and Euro zone on Wednesday and Thursday, respectively, will be looked at to give a new impetus. Although data from Europe generally do not have a noticeable effect on the market valuation of gold, the analyst states that the following issues should be considered:

The data could highlight policy divergence and push the dollar higher against other major currencies, putting pressure on gold. Gold may remain resilient against the dollar if CPI figures reveal that price pressures are stronger than expected.

In summary, market participants will remain focused on inflation and what this means for the policy outlook for major central banks in the near term. Comments from FOMC policymakers will play a key role in determining whether the Fed will prioritize controlling inflation over supporting the economy. The analyst’s assessment is as follows:

Gold may hold its position as a desirable asset amid undesirable inflation, but the dollar’s unrelenting strength is likely to allow XAU/EUR and XAU/GBP to outperform XAU/USD.

Market analyst Eren Sengezer states that after the six-day rally, the Relative Strength Index (RSI) indicator on the daily chart has reached 70 and that Friday’s drop indicates a technical correction rather than a change in direction. However, gold seems to have lost its bullish momentum near a key Fibonacci retracement level and buyers may want to stay on the sidelines before committing additional gains. Eren Sengezer draws attention to the following technical levels in his analysis:

The Gold Sentiment Survey points to a bullish trend in the near term, but the average target of $1,865 suggests that gold may remain in the consolidation phase next week.

Analyst Data Dollar Gold Market
Share. Facebook Twitter Pinterest LinkedIn WhatsApp Reddit Email
Previous ArticleSuccessful Trader: These Levels Are Coming for SHIB and Ripple!
Next Article What is StarLink (STARL), which has increased by 350% in the last 1 month? What Does It Do?