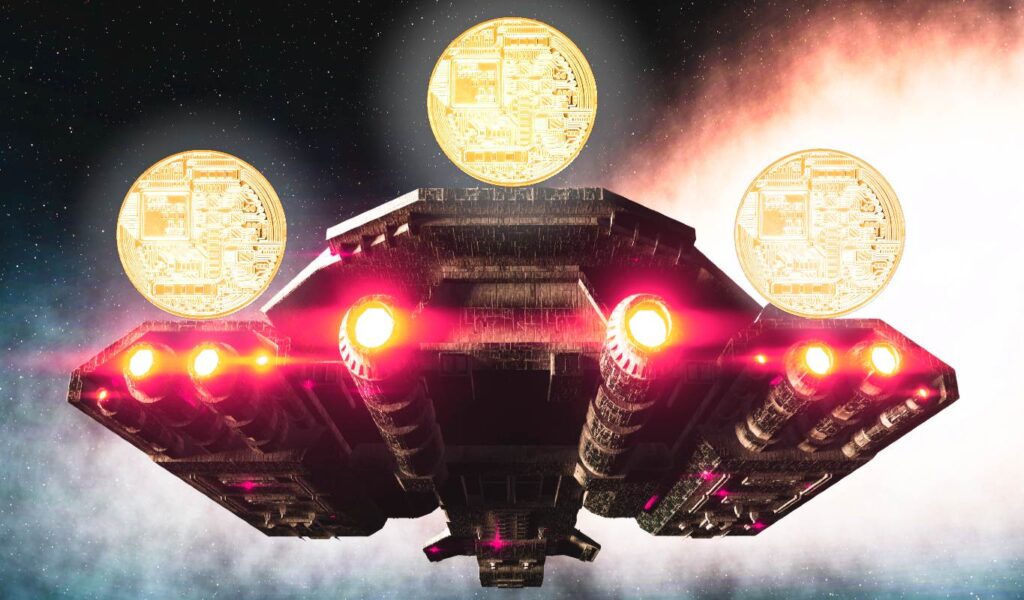 The CEO of the crypto exchange, a former Goldman Sachs investment banker, says it’s the first time institutional investors have bought more altcoins than Bitcoin on his platform. Cryptocoin. com, we are examining 3 altcoin projects shared by the CEO.

Altcoin projects under the spotlight

Hong Fang, a former Goldman Sachs investment banker, is the CEO of crypto exchange Okcoin. He said it is the first time that institutional investors have bought more altcoins on Okcoin than Bitcoin. Fang shares 3 popular altcoins on his platform and how major investors view meme coins and DeFi. As Bitcoin approaches its all-time high, the total value of the cryptocurrency market exceeded $3 trillion for the first time on Monday. But the ones making the biggest moves are altcoins, valued at $1.6 trillion as a whole. As of mid-Monday, Ethereum (ETH) was up almost 4% in the previous 24 hours, reaching an all-time high of $4,772. Binance Coin (BNB), Solana (SOL), and Terra (LUNA) also rose more than 20% last week, while Avalanche (AVAX) rose more than 40% meanwhile.

According to the crypto exchange, the boom in altcoins is not just due to enthusiastic retail investors. Hedge funds, venture capital investors, brokers play a big role in the bullish sentiment. Fang: “In traditional financial markets, you see institutions leading the trends, and individual customers tend to follow suit. “In crypto, it always seemed the opposite.” Fang knows all too well how cautious institutional investors can be. Okcoin’s platform has always seen major investors focus on Bitcoin and stablecoin-related transactions until this year.

According to the firm, for the first time, altcoins accounted for 53% of total institutional purchases in Okcoin between September last year and this year, marking a 23% increase over the previous period. This trend is in line with Genesis Global Trading’s Q3 Market Watch report. This report states that demand for Bitcoin continues to decline as institutions adopt decentralized finance, Solana, Terra, Avalanche, Fantom (FTM) and top altcoins.

Interestingly, while institutions have historically preferred altcoins that are at least four years old, the firm has also observed earlier and riskier investments in younger crypto assets on the Okcoin platform. CEO: “Institutions are watching the landscape very closely. “Some take it from a returns perspective, some from a trading perspective, many probably do a combination of both,” he said. For example, MiamiCoin (MIA), which was launched only in August, was the fourth most popular asset among Institutions on Okcoin in the third quarter. The MIA token was released through CityCoins, a non-profit and open-source protocol. According to CoinGecko pricing, the MIA token is up 31% last month. 4 increased. When purchased or mined, he allocates 30% of his reward to the city.

Another sought-after altcoin on the Okcoin platform is STX, a protocol that provides decentralized applications and smart contracts on the Bitcoin blockchain. The protocol also powers MiamiCoin. Investors can mine STX tokens and send them to CityCoins to generate new MIA tokens. STX token is 1% last year. increased by 259. Avalanche on the Okcoin platform is also in high demand, ranking the exchange the sixth most popular crypto asset among institutions this year. Claiming to be “crazy fast, low-cost, and environmentally friendly,” the protocol recently launched a $200 million “Blizzard Fund” to invest in early-stage DeFi, NFT, and other projects in the Avalanche ecosystem. The AVAX token rose 2,557.9% last year.

Okcoin also lists popular meme coins including Shiba Inu (SHIB) and Dogecoin (DOGE), but Fang said he hasn’t seen much institutional activity in these tokens. On the other hand, long-term focused investors tend to gravitate towards Ethereum and other blue-chip altcoins. However, investors across the spectrum seem to be demanding greater exposure to decentralized finance investments. In the third quarter, the number of asset managers, neo-banks and others using the company’s DeFi investment vehicle Okcoin Earn increased by 62%.

Fang said that the DeFi platform, which connects its customers directly to DeFi protocols without charging any transaction, gas or service fees, is in strong demand from institutional investors, partly due to good returns or high annual returns. One of the DeFi strategies that asks investors to deposit MIA tokens for a fixed period to earn STX tokens has an estimated APY of 280%. According to the firm, another strategy that involves depositing STX tokens for a fixed period of time to earn BTC has an estimated 10% APY. Fang: “Basically, you can buy and save MiamiCoins. You get STX in return. Some of the customers would actually buy and save MiamiCoins, get STX, and then flip STX to earn BTC. “They actually think that’s a pretty good response,” he said.