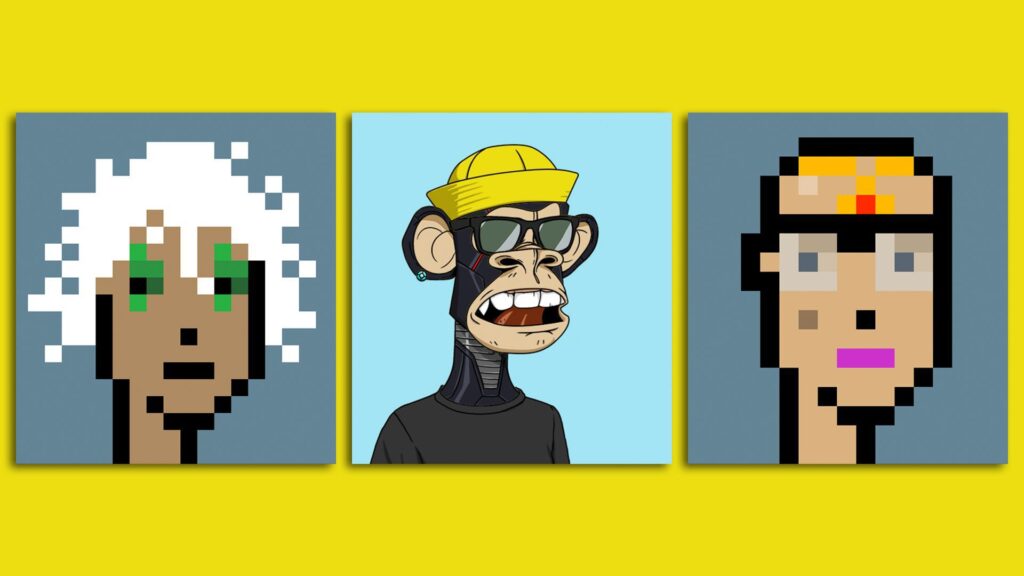 In 2021, the NFT industry suddenly gained popularity and athletes, musicians, pop culture celebrities began to flock to the NFT world.

According to the shared data, it was seen that 4 of the 10 NFTs sold belonged to the CryptoPunk collection and 4 to the Bored Apes collection. One of the other 2 NFTs is a plot of land in Decentraland. The other is the artwork created by XCOPYART called “A Coin for the Ferryman” sold for 1,330 ETH.

According to monthly data from OpenSea, Bored Ape Yacht Club was the best-selling NFT collection with a total volume of 44.8k ETH (approximately $193 million).

The CryptoPunks NFT collection is 10,000 uniquely rendered pixelated characters on the Ethereum Blockchain by Larva Labs in 2017. CryptoPunks is known as one of the oldest NFT projects. Celebrities like Jay Z and Snoop Dog bought these punks and the CryptoPunks collection suddenly became popular.

Sotheby’s contemporary art expert Michael Bouhanna said CryptoPunks NFTs are among the most sought after NFTs on the market.

Bored Ape Yacht Club emerged four years after CryptoPunks’ debut. The collection was released by a group of developers in late April 2021, with each monkey selling for around $190-200 (0.08 ETH). According to CNET, the collection sold out 12 hours after launch. As a result, many celebrities started to enter this club.

Is Bored Ape Yacht Club the New Club of Celebrities?

Bored Ape Yacht Club has recently become a favorite of many celebrities. American rapper Future was the latest to join the club, posting his Bored Ape NFT as his Twitter profile picture on November 28 with the caption “gm”.

In November, TV presenter Jimmy Fallon was also a celebrity joining the club.