Here are the Important Forecasts for BTC, DOGE, AVAX, SHIB and 6 Altcoins! 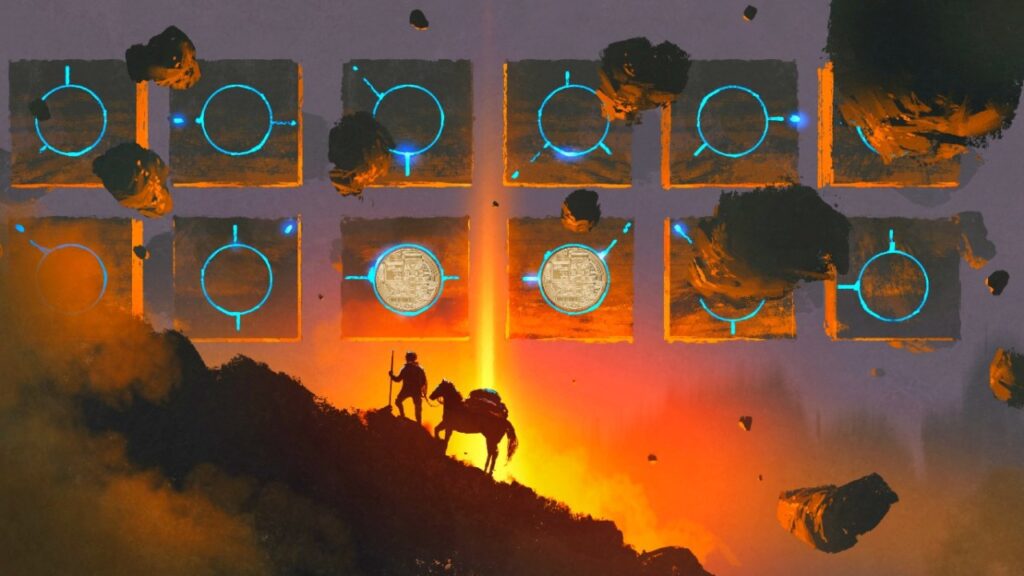 According to crypto analyst Rakesh Upadhyay, most major altcoins, including Bitcoin (BTC) and Dogecoin (DOGE), are on the verge of starting a deeper correction, which will signal a near-term top is possible. Is the current drop a mouthwatering Black Friday deal or the start of a short-term bear market? Rakesh Upadhyay examines the charts of the top 10 cryptocurrencies to answer this question. we too Cryptocoin. com, we have compiled the analyst’s evaluations for our readers.

Bitcoin (BTC) and most major altcoins were sold on November 26 along with global stock markets and crude oil. The sharp decline resulted in over $750 million in cross crypto liquidations in the 24-hour period. However, the analyst states that the funding rates on the exchanges remain high and this shows that the sale is not over yet.

It looks like Bitcoin’s monthly close for November won’t hit popular crypto analyst PlanB’s $98,000 worst-case scenario. This will be the first loss since the model correctly predicted the month-end price levels of August, September and October. However, the stock-to-flow model creator believes that the $100,000 target target for Bitcoin is still valid during this halving cycle.

His analyst states that the bulls pushed Bitcoin back above the breakout level of $58,000 on Nov. 25, but failed to break the hurdle at the 20-day exponential moving average (EMA) ($59,510). According to the analyst, this may have attracted profit bookings from traders.

Analyst emphasizes that selling gained momentum after falling below $55.317 on Nov. 26 and the next stop could be psychological support at $50,000. According to the analyst, if the price bounces back from this level, the buyers will try to push the price above the 20-day EMA, and if they are successful, it will show that selling pressure may ease. Rakesh Upadhyay continues his analysis:

Alternatively, if the next rebound breaks down from the 20-day EMA again, it will indicate that sentiment has turned negative and traders are selling on rallies. Also, this will increase the likelihood of a break below $50,000. If this happens, BTC could witness panic selling, which could plunge the price as low as $40,000.

Ethereum (ETH) broke above the 20-day EMA ($4,336) on November 25 but the upside move is a bullish one as the price dropped sharply on November 26 and dropped to the developing head and shoulders neckline. proved to be a trap.

The analyst states that Binance Coin (BNB) broke above the overhead resistance at $605.20 on November 25, but the bulls were unable to break through the strong barrier at $669.30. According to the analyst, this indicates that the bears are fiercely defending this level.

The analyst recalls that Solana (SOL) recovered from the 50-day SMA ($202) on November 25, but bounced back from the 20-day EMA ($216). According to the analyst, this indicates a shift in sentiment from buying on dips to selling on rallies.

According to the analyst, Cardano (ADA) formed an intraday Doji candlestick pattern on Nov. 25 showing indecision between the bulls and bears, and this uncertainty was resolved to the downside with a break below $1.58 on Nov. 26.

The analyst states that although the bulls have defended the $1 support for the past few days, they have not been able to push Ripple (XRP) above the 20-day EMA ($1.08), indicating a lack of demand at higher levels.

The analyst states that Polkadot (DOT) bounced off the bullish line on November 25, but the bulls were unable to sustain higher levels. On November 26, selling intensified and the price dropped below $37.53, completing a bearish H&S pattern.

According to the analyst, Dogecoin (DOGE) attempted a relief rally on November 25, but the long wick on the day’s candlestick indicates that the bears are selling near the downtrend line.

If DOGE price bounces off the current level, the bears will again pose a tough challenge at $0.21. If this level turns into resistance, the probability of a break below $0.19 increases. If this happens, DOGE could drop to the critical support at $0.15. The first sign of strength will be a break and close above the 20-day EMA ($0.23).

The analyst states that Avalanche (AVAX) recovered from the 38.2% Fibonacci retracement level of $112.63 on November 25, but the long wick on the candlestick indicates that traders are selling in rallies.

The analyst reminds that the Shiba Inu (SHIB) fell below the strong support at $0.000040 on November 24. According to the analyst, the bulls tried to push the price back above the level on November 25 and trap the aggressive bears, but failed to break through the overall hurdle in the 20-day period.