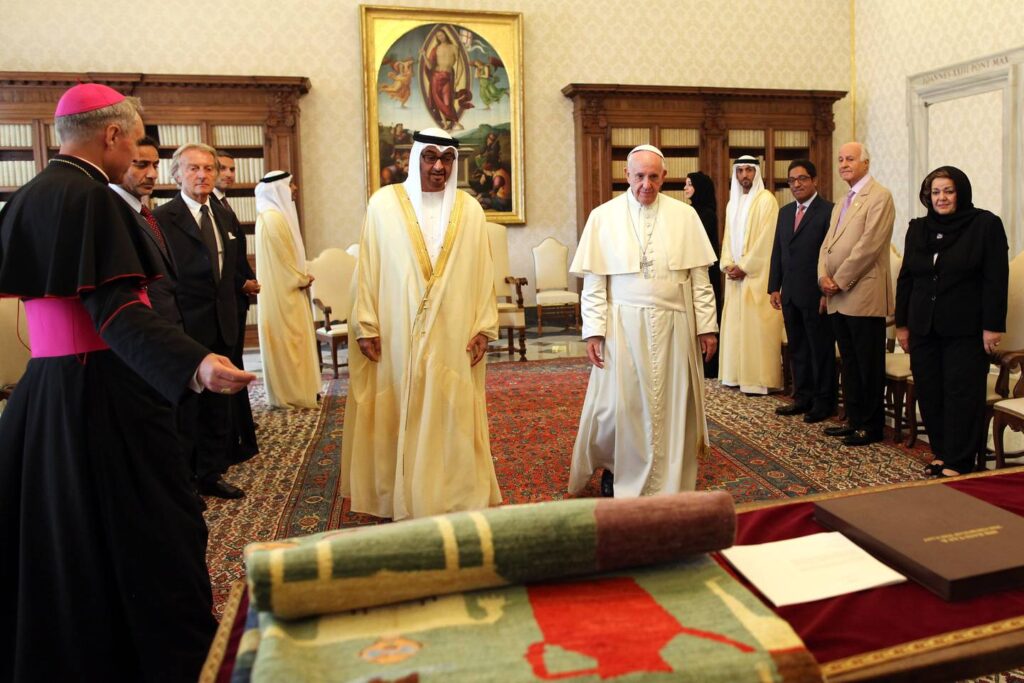 The carpet, which was gifted to Pope Francis by Sheikh Mohamed bin Zayed, Crown Prince of Abu Dhabi and Deputy Supreme Commander of the Armed Forces, went on sale at Abu Dhabi Art as NFT for 150,000 dollars.

The carpet, which was presented to Pope Francis during his visit to the Vatican in September 2016 to discuss the interfaith harmony and strengthening of diplomatic relations between the two leaders, was made by Afghan women.

The carpet was from the Tolerance series of Zuleya, one of the retail branches of Fatima Bint Mohamed bin Zayed Initiative in Afghanistan. This special product is designed to replace Afghan war carpets as a symbol of peace and harmony.

The rug will be displayed in an ornate gold frame on a 165cm digital canvas. NFT can be purchased for $150,000 and 80% of the proceeds will go to Afghan weavers and their families.

The only physical version of the 272 cm x 183 cm rug belongs to Pope Francis. The digital artwork was created from the original design. A replica of the carpet, measuring 185cm x 125cm, will be made and will be given as a gift to those who purchase the NFT.