15 Analyst: Gold Prices Could Stop At These Levels Next Week! 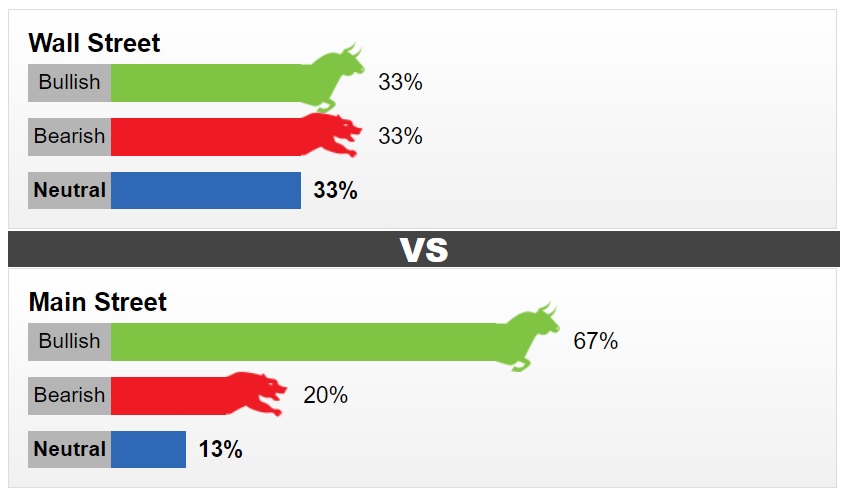 It is not clear which direction gold prices will go this week, according to Wall Street analysts who took part in a survey. The sentiment among Wall Street analysts is extremely mixed. For this reason, it is thought that gold investors should be prepared for market volatility, which is expected to increase in the near term. Here are the details of the survey and general expectations for the precious metals market…

No specific direction for gold prices, according to Wall Street analysts

The “bullish, bearish and neutral” options have been drawn on the Wall Street side this week, according to the poll, which took the views of Wall Street and general individual investors. However, individual investors, namely “main street investors”, continued to be extremely optimistic. This week, 15 Wall Street analysts took part in Kitco’s gold survey. But the poll showed a three-way tie. Each scenario showing the “up, down and neutral” direction received five votes.

Meanwhile, 1,527 votes were cast in an online Main Street poll. Of these, 1,024, or 67 percent, expected gold to rise next week. While 304 people, that is, 20 percent of the participants, said that gold would be lower; 199 voters, or 13 percent, remained neutral. This week’s survey turnout was the highest since mid-June when the gold market saw a crash.

What could be the reason behind mixed feelings?

It’s hardly surprising to have mixed feelings, as prices plunged sharply to $1,800 after US President Biden announced that he had nominated Jerome Powell to remain as Fed Chair, analysts said. As gold left behind an already tumultuous week, markets perceived Biden’s move as a signal to tighten the money market. Cryptocoin. com, gold prices fell to the lowest level of the last 3 weeks.

However, as we entered the weekend, prices climbed above $1,800 as renewed fears of the COVID-19 outbreak pushed the precious metal back into a safe-haven position. Many analysts said that the sales of gold at the beginning of the week were overstated. Some analysts say that while Powell is not perceived as being as moderate as the other candidate, Lael Brainard, he has not taken a hard line at all.

“Jerome Powell’s stance on money is not tough and the market sell-off with the news of his reappointment as Chairman of the Fed was ridiculous,” said Adrian Day, head of Asset Management. Colin Cieszynski, chief market strategist at SIA Wealth Management, said he sees gold prices rising next week as markets continue to react to a new strain of the COVID-19 virus from South Africa.

The emergence of a new variant of COVID has shaken investors this morning, prompting a capital flight to traditional ports like gold. Crude oil and copper are falling, so commodity inflation could decrease. Support for gold has increased recently, but the reasons for this seem to be changing.

On the downside, some analysts said the recent selloff has created significant chart damage that needs to be repaired. Ole Hansen, head of commodities strategy at Saxo Bank, said it would remain neutral on gold unless prices could rise above $1,835. He added that the weakness in silver and platinum does not bode well for gold next week.

Some analysts expect a drop in the near term

Marc Chandler, managing director of Bannockburn Global Forex, said he is looking for lower prices in the near term while fears of COVID-19 help the gold market cut losses. The analyst used the following statements:

The gold’s leap came to a standstill in 1816, an important retreat target. As long as this holds up, I’m less biased towards either a recovery in rates or a broad commodity liquidation. I expect support around $1,776.

Forexlive. com’s head of currency strategy, Adam Button, said he was concerned about the possibility of a new tightening among US central bankers. He added that rising inflationary pressures could force the Federal Reserve to tighten monetary policy sooner than expected: